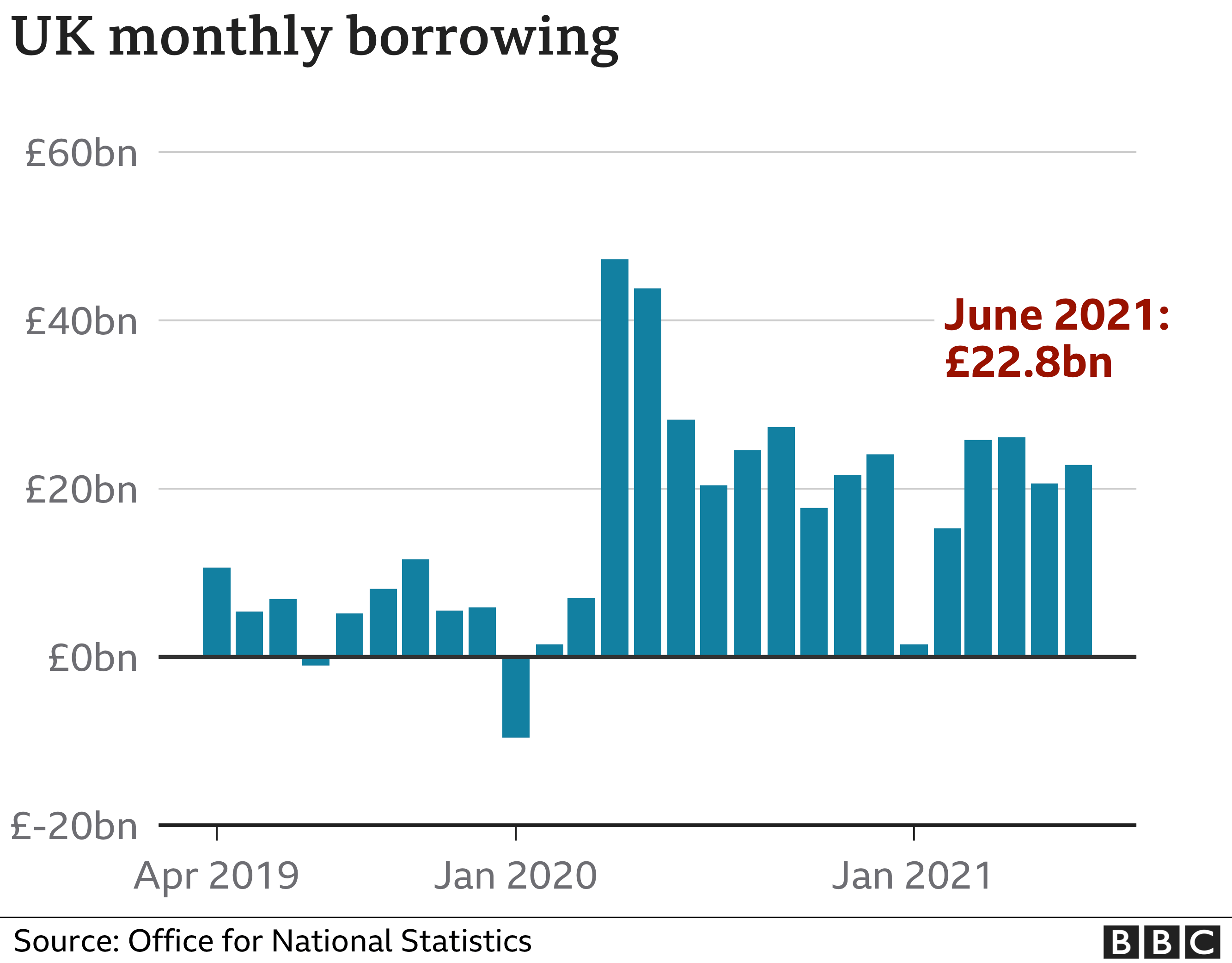 Government borrowing fell in June compared with the same month last year, with the economy in recovery mode after lockdown measures eased.

Borrowing – the difference between spending and tax income – was £22.8bn, official figures show, which was £5.5bn lower than June last year.

In response to the latest figures, Chancellor Rishi Sunak said he was “proud of the unprecedented package of support we put in place to protect jobs and help thousands of businesses survive the pandemic”.

Similarly with the overall debt (simply put, all the borrowings over the years added up). It’s risen – to 99.7% of the size of the economy as measured by gross domestic product, its highest on that measure since 1961. But then you look further back and realise public debt was larger than the size of the economy for 40 of the last 100 years. Given that the pandemic has put the economy on something like a war footing, it’s worth noting that after World War Two, it was 2.5 times the size. The reaction of the government then was not to cut spending, but to embark on the biggest expansion of state spending in history. Sixteen years later, in 1961, prosperity was secure, taxes rolled in and both borrowing and debt dropped rapidly.

Ruth Gregory, senior UK economist at Capital Economics, said the government had borrowed less in June than forecast by the Office for Budget Responsibility, which had expected it to be £25.2bn.