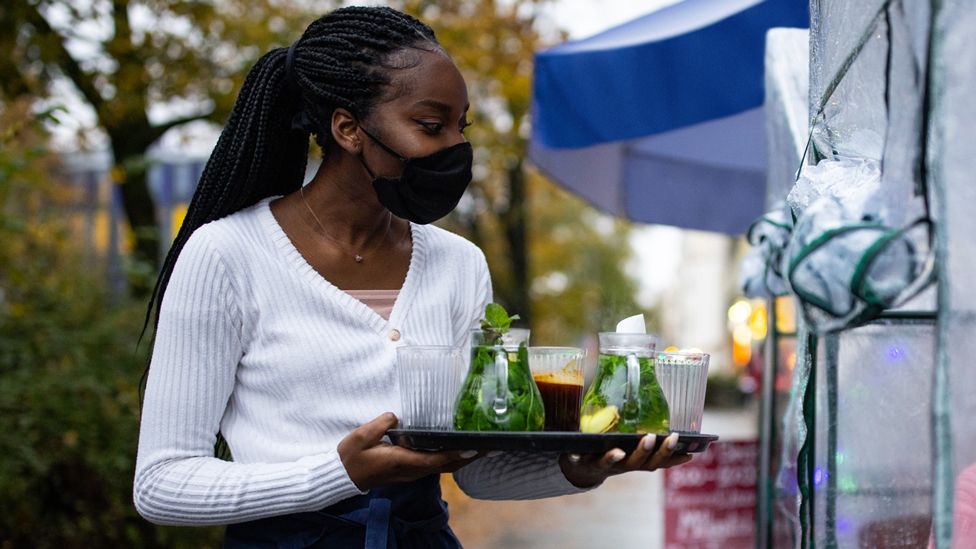 The UK’s hospitality industry is experiencing rising worker shortages, with job vacancies at their highest levels since records began.

Industry bodies say one in five workers have left the sector during the coronavirus pandemic, with Covid and Brexit often cited as exacerbating the problem. For staff that have returned to their roles, the so-called “pingdemic” has led to further shortages due to workers being told to isolate by the NHS app.

However, new figures from the Office for National Statistics reveal that job vacancies in the industry were already consistently at high levels before the UK went into its first lockdown in March 2020.

Yet, since 2017, vacancies in the industry have been consistently at a staggering 90,000 or more.

So, although Covid and the effects of Brexit might be driving worker shortages in the short-term – are there other, longer-term issues affecting the industry?

Some in the sector say a major contributor to the staffing problem could be the hospitality industry itself – with its perceived culture of very long working-hours and low wages putting applicants off, and driving people away.

For Matt Shiells-Jones, a hotel manager in Manchester, the main problem with the hospitality sector in the UK is its culture, pay and zero-hours contracts, which are “absolutely endemic in the industry”, he says.

When he first started working in the sector 25 years ago, you “were paid according to your skillset”, he says.

“Nowadays it just seems minimum wage has become the de facto wage that everyone pays. It has become an absolute standard.”

He says offers for salaried positions can be even more off-putting for workers, as they involve lots of unpaid overtime, with discussions often held with employees along the lines of, “it’s a 40-hour-a-week contract, we don’t expect you to do more than about 60 (hours) on average”.

“That has become so cultural and so embedded into hospitality. It’s crazy.”

The hotel manager says workers who left the industry during Covid have realised the “grass is a bit greener on the other side” after finding better paid jobs with fewer hours in other industries.

The pandemic and Brexit have acted as catalysts in condensing the recruitment crisis, he adds. So, instead of playing out over two or three years an exodus “has suddenly come to pass in two or three months”.

Kate Nicholls, chief executive of UK Hospitality, agrees that Covid has “definitely exacerbated” shortages. But she suggests that Brexit is not as important, and that the recent departure of EU workers seems in her opinion to have been primarily driven by Covid.

Some shortages – particularly of chefs, waiting staff and restaurant managers – are being seen because “we have reopened the [whole] economy at the same time and therefore everybody is looking for staff”, she adds.

“The labour market is incredibly tight, because of the government’s furlough policy….therefore you have got a battle for talent.”

Ms Nicholls explains there are several reasons why so many workers are not returning to their roles from furlough – including concerns over job security, longevity and pay.

“That has led to a lot of people wanting to remain on furlough and not willing to come back.”

On top of this, disruption to education and college courses has also halted the flow of future talent to fill vacancies, with many aspiring workers having to start courses again, she says.

“We are having to recruit more people than we thought. We have a vacancy rate of about 10%. We are short of around 200,000 staff.”

‘Working as a chef was unbearable’

Daniel Voet decided to change his career during the second coronavirus lockdown after eight years as a chef.

The 26-year-old, who lives in Bristol, says long working hours in understaffed kitchens fuelled his decision to leave. “I was doing 14-hour shifts. If I wanted a weekend off I had to work 10 days straight. It was getting really unbearable.”

Mr Voet echoes Mr Shiells-Jones’s experience of many hours of work going unpaid, especially for salaried staff. “You will be put on a 40-hour salary a week and you’ll end up doing 60-80 hours,” he says.

“Essentially you’re working for free for 20-30 hours a week. You wouldn’t do that anywhere else so I don’t know why it is acceptable in the hospitality industry.

“I always pushed to get an hourly pay for that reason. I don’t mind doing the work as long as I get paid for it.”

Mr Voet, who now works in marketing, says the pandemic has led to a lot of furloughed chefs realising that a career in hospitality wasn’t for them.

Mr Shiells-Jones, whose hotel starts pay at £9 an hour and only offers guaranteed hours contracts, agrees wages should be better but says the approach needs to be “multi-faceted”.

He says he has never known a chef only working a 40-hour week and understands why there is a shortage when “you’re asking them to do 60-70 hours a week in a boiling hot, stressful environment”.

“I think the main thing is being able to say it’s a 40-hour week, at 41 hours I’m marching you out of the building because you shouldn’t be there.”

He adds changing the industry’s culture requires leaders to understand people want that work-life balance and “want to be able to go home and switch off”.

“I refer to this period as the time that hospitality has to reset itself, to restructure itself as an industry people want to work in,” he says.

Ms Nicholls also describes the situation as a “reset moment”, and says such a changes should look at working conditions, training and skills development.

She says it is about valuing vocational education and vocational careers. “That’s part of what has fuelled the chef shortage. It’s not a skill shortage in hospitality, we can train anybody – it’s a labour shortage.”

Ms Nicholls says emerging from the pandemic is also an opportunity to “get a better view of hospitality” and argues the industry already offers structured training, pay progression and flexible working hours.

In a bid to tackle the current staffing crisis, UK Hospitality has produced a 12-point plan featuring several short-term and long-term actions, which range from freezing the liquidation of employers’ apprenticeship levy funding, to calling on the government to urgently amend its Shortage Occupation List.

Ms Nicholls says she hopes the industry can return to pre-pandemic levels of demand by the start of 2022, but warns it is “undoubtedly going to take the industry a long time to recover”.