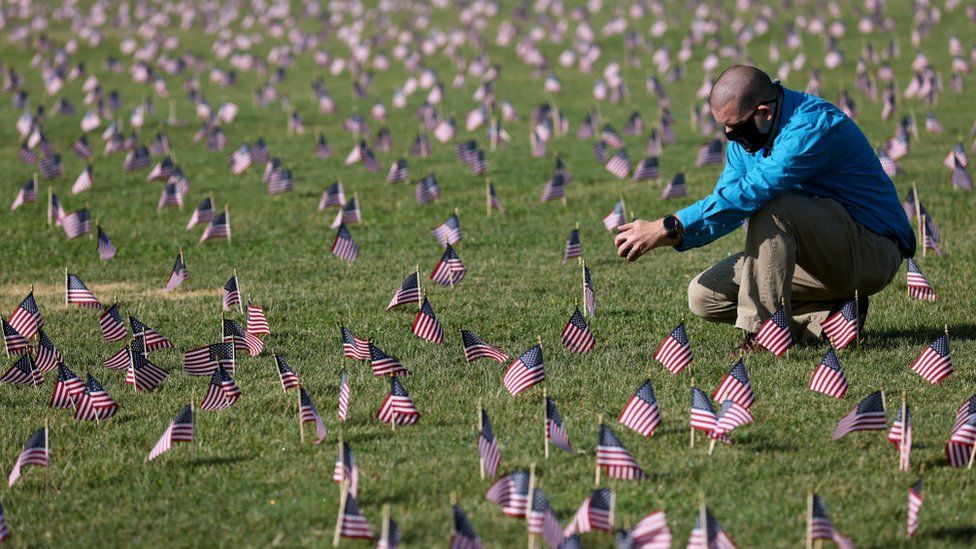 Life expectancy in the United States declined by a year-and-a-half during 2020, according to health officials.

Researchers said the pandemic was mostly to blame for the decline, with record-high drug deaths also noted as a contributing factor.

The data comes amid a resurgence of Covid-19 cases across the country.

Hospital rates are also on the rise with daily deaths now almost 50% higher than last week, according to officials.

More than 600,000 Americans have died so far during the coronavirus pandemic.

The 2020 drop is the sharpest annual decline seen since World War Two.

The CDC’s National Center for Health Statistics (NCHS) report said the overall average age of 77.3 years was the lowest seen since 2003.

The report primarily attributes the decline to increased deaths due to the Covid-19 pandemic.

The report, released on Tuesday, also noted that racial and ethnic disparities in life expectancy had grown during the pandemic.

Hispanic men saw the sharpest decline – with 3.7 years knocked off their average life expectancy within the year alone.

Black American men also saw a 3.3-year drop, down to an average of just 68 years.

“It is impossible to look at these findings and not see a reflection of the systemic racism in the US,” Lesley Curtis, chair of the Department of Population Health Sciences at Duke University School of Medicine, told NPR.

“The range of factors that play into this include income inequality, the social safety net, as well as racial inequality and access to health care,” she added.