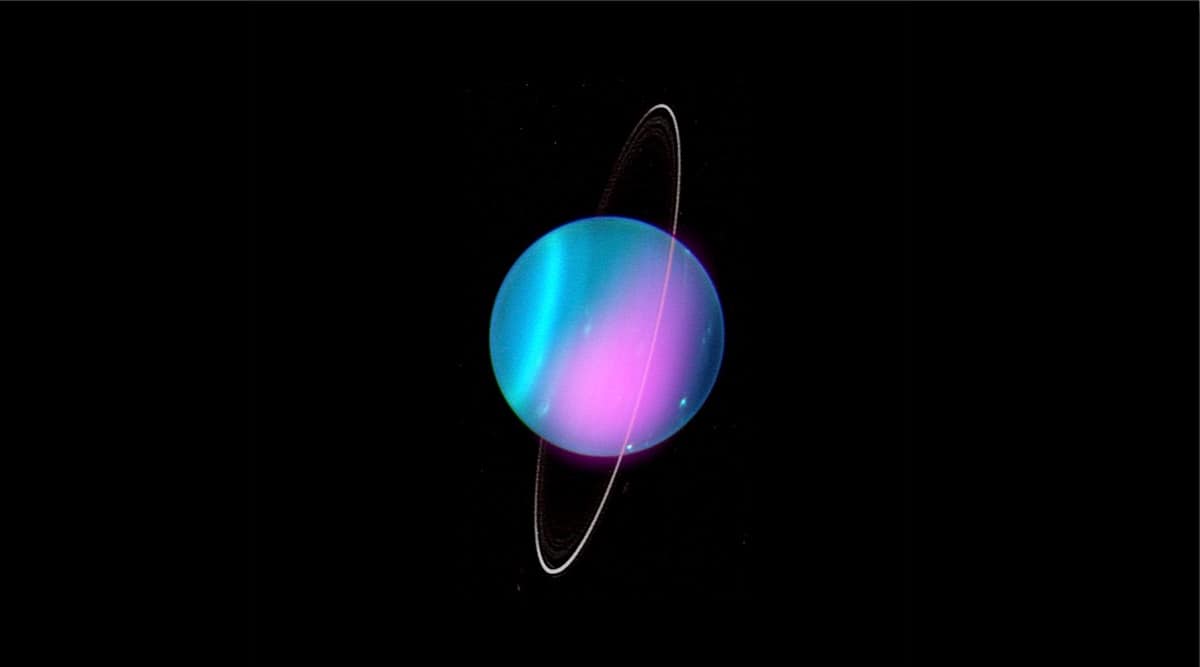 National Aeronautics and Space Administration (NASA) astronomers have detected X-rays from the seventh planet of our solar system, Uranus for the first time. The results were obtained using NASA’s Chandra X-ray observatory. However, the new study is not based on recent observations, but from those taken in 2002 and 2017.

Analysed recently, the first clear detection of X-ray was noted almost two decades ago. In 2017, they noticed a possible flare of X-rays. The image/graphic released of the distant cold planet uses the 2002 image superimposed on an optical image from the Keck-I Telescope in 2004. The latter was a part of a separate study and it shows Uranus approximately in the same orientation as it was in the observations of 2002.

Emitting X-rays is not new in our solar system. Venus, Saturn, even moons of Jupiter emit X-rays and others. On Jupiter, astronomers have observed that Sun is the source of X-rays. Astronomers note that it is similar to how Sun’s light is scattered on the moon. However, the X-rays detected from Uranus were not a result of sunlight scattering and pointed towards a possibility that there might be another source of X-rays present on the planet.

Astronomers do not know from the source of these X-rays coming from Uranus but have come up with two possible explanations. The first one says that the rings of Uranus may be the reason behind this phenomenon as they may collide with charged particles like electrons and protons in the planet’s nearby space environment. This could lead to rings glowing in X-rays.

As per the second possible explanation, some of the X-rays may be coming from auroras on the planet. Auroras have previously been observed on Uranus at other wavelengths.

On Earth and Jupiter, X-rays are a result of electrons travelling down magnetic lines. Positively charged atoms and molecules raining down on polar regions of Jupiter is another reason. Scientists hope to understand the reasons behind the phenomenon on Uranus using observations from Chandra.

One of the main reasons why X-rays emissions intrigue astronomers is that it has unusual orientations of its spin axis and its magnetic field. Also, its rotation axis is parallel to the Sun unlike other planets in our solar system. The magnetic field is offset from the planet’s centre as it is tilted on the side which can be the reason behind complex and variable auroras. Understanding the origins of X-rays on Uranus may also help them understand similar emissions from growing black holes, neutron stars and other objects in space.