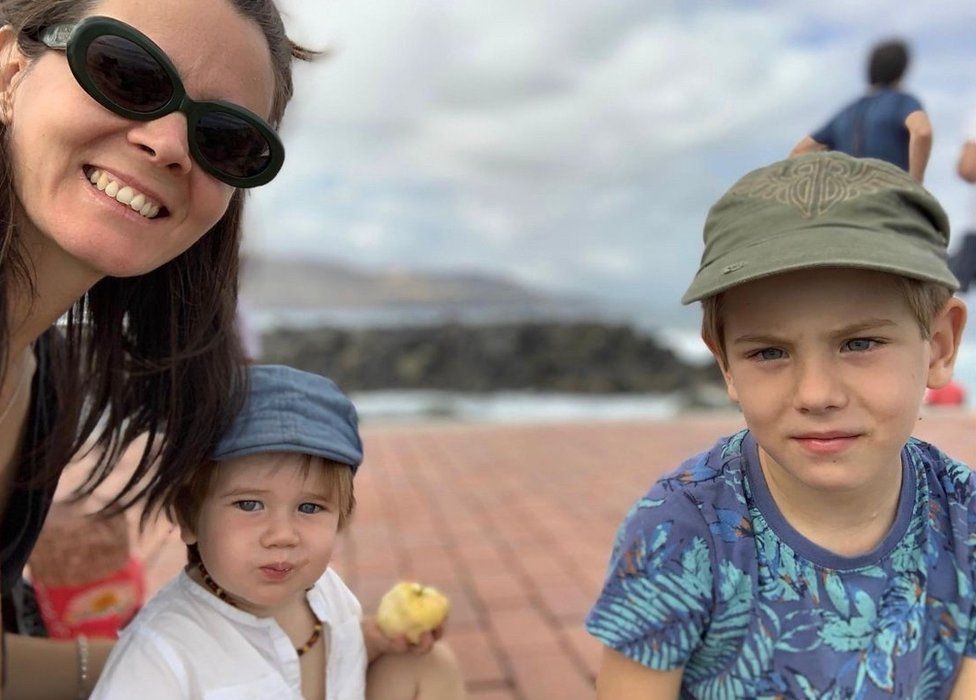 Becoming a new parent is a wonderful time, but it can also be worrying. A growing number of tech firms are aiming to help reduce mums’ and dads’ anxieties.

When Stephen and Aleksandra Gower’s son Finley was born at the start of this year he appeared to be a normal, healthy baby. But four weeks later he fell ill.

“He was vomiting a lot,” says Mr Gower, 33, from Hertfordshire. “He couldn’t keep anything down.”

The family’s GP determined that Finley was experiencing reflux – whereby stomach acid travels up to the throat – and prescribed him medicine.

However, with the baby continuing to throw up, his parents returned to their doctor, who said they needed to wait for the medicine to kick in. But when their son’s condition deteriorated further, the Gowers took him to the accident and emergency (A&E) department at their local hospital.

“They did some tests but the doctor said the GP was right, it was reflux, but they thought his continued sickness could be reaction to the initial medicine,” says Mr Gower.

Yet even with a different medicine Finley continued to be sick, and couldn’t hold any food down. So Mr Gower called NHS 111, the phone helpline for non-emergency medical issues, and then returned to A&E for a second time.

He was told that it would take three days for the new medicine to start to work. “But by this time I could see that our baby was starving,” says Mr Gower, a recruitment consultant.

Desperate, Mr Gower rang a friend who was a nurse and she sent him a link to Juno, a paid-for app that connects parents directly to qualified paediatricians and midwives, the majority of whom also work for the NHS.

Through the live chat function, Mr Gower discussed Finley’s issues with a paediatrician who diagnosed his son with pyloric stenosis, a rare condition that narrows the opening of the stomach to the small intestine.

Armed with this knowledge Mr Gower took Finley back to his local hospital where after blood tests the diagnosis of pyloric stenosis was confirmed. Finley was then transferred to a specialist hospital for successful emergency surgery.

Mr Gower says that Finley is now healthy and has put on weight, but that without Juno “I don’t know if we would have a baby right now”.

This is obviously an extreme example, but it shows how tech firms are helping new parents. For its part, London-based Forward Clinical, the firm behind Juno, is quick to point out that it is “in no way aiming to replace NHS care, and [we] completely agree that Juno should be a supplementary option for users”.

It is also important to stress that in the event of an emergency parents should always dial 999.

Dr Shruti Jawahar Ganatra, consultant paediatrician and clinical lead at Juno, says that NHS doctors and midwives only work for Juno on their days off.

“I’m an NHS clinician and a passionate believer in the NHS,” she says. “Services like 111 are a fantastic source of trusted information and guidance. But the NHS is under huge pressure, and often it can take far too long for parents or expectant mothers to reach the expert they need, when they need them. Juno was designed to address this.”

Whether it is having access to experts at their fingertips or monitoring their babies through wearable tech, an increasing number of new parents are turning to technology to help them in the new chapter of their life.

US firm Owlet Baby Care makes a product called Smart Socks – a high-tech baby sock that connects to a mobile phone app. Designed for new-borns to 18 months, it tracks a baby’s heart rate and oxygen level when it is sleeping and flags up any issues. It also givens parents insights to a baby’s sleeping patterns such as how well and long they slept for.

Seema Sehgal, head of UK at Owlet, says the device is designed to give parents peace and mind: “It indicates if the baby’s wellbeing is ok, or if it is struggling to breathe.

“Parents can learn from it. It’s very handy when sleep is all over the place.”

Anak Martin, a 42-year-old product designer from County Clare in Ireland, turned to an app called Lullaai to help with her son Rio’s sleeping regime.

Lullaai tracks a baby’s sleeping patterns and plays lullabies, nature sounds, and gentle “white noise” to help soothe it back to sleep. Created by a Spanish tech start-up, the app includes artificial intelligence software that tracks and remembers what particular sounds help each baby resettle and get back to sleep faster.

“Our eldest son didn’t sleep properly for three years,” says Ms Martin. “We were exhausted for years. When the second one [Rio] come along, we learnt our lesson.

“So when he started waking up every 40 mins when he was four months old, I started searching online [for solutions] and found Lullaai.

“It was giving off white sound and music, so I would leave the app [on a mobile phone] in the room. I didn’t think much of it, but within five days Rio was sleeping for 12 hours straight. I couldn’t believe it.”

Martin says Rio has been sleeping pretty well since: “He loves the soundtrack and it’s really relaxing and part of his routine now.”

For all the benefits of baby tech, child psychologist Dr Amanda Gummer warns there is a danger they could create more anxiety than they ease.

“People didn’t have these generations ago and were more relaxed,” she says. “Parents would stick an elbow in the bath to test whether the bath was too hot rather than use a bath thermometer.

“Such tech needs to be used positively without succumbing to anxiety and relying on it. The risk is that parents become overly sensitive and they don’t relax.

“For example, every time a baby makes a noise on the baby monitor it makes you sit up and listen. Parents need to make sure it doesn’t replace parental instinct. “

Ms Sehgal says: “By all means trust your instinct. [But] like elsewhere in life, technology can really help you, it can reduce anxiety and give more peace of mind.”