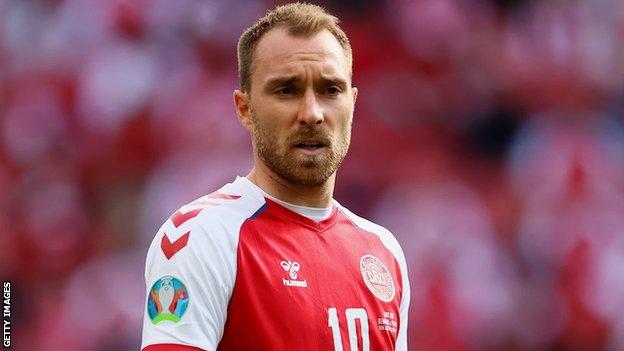 Footballers and MPs have written to football authorities urging them to fund defibrillators at all grounds in England.

They have contacted the Football Association, Premier League and Professional Footballers’ Association.

The group want the authorities to put a levy on Premier League transfers, which would go towards equipment, funding for research and training of medical staff.

Jesse Lingard, Gary Lineker and John Barnes are among current and past players backing the Heartbeat Campaign.

The campaign seeks to “turbo-charge and expand” the availability of medical support and defibrillators.

On Monday, the Premier League unveiled the first of 2,000 automated external defibrillators (AEDs) it is funding across grassroots football clubs in England and Wales.

The first defibrillator to be installed is at Southfields Academy in London.

It is estimated that the AEDs will be accessible to approximately 1.5million people who use the facilities each year.

Dr Zaf Iqbal, Crystal Palace’s head of medicine, told BBC Sport: “I can only say it is a fantastic move. Yes we can do more, but I think that will take time. First of all, 2,000 defibs is a great start.

“Hopefully we can work to get more out into the community.”

Every year there are more than 30,000 out-of-hospital cardiac arrests in the community, with a survival rate of around 10%.

Dr Iqbal has been campaigning in this area for 10 years, after his son survived two cardiac arrests at home thanks to a defibrillator.

He said: “Although it has taken something like Christian Eriksen, a very visual profile who had a cardiac arrest in full view of the world to actually probably start a campaign like this, the other blessing is it showed the importance of defibrillators and the importance of getting a defibrillator on to a patient as soon as possible.

“Hopefully some good will come off the back of this.”

He wants defibrillators to be mandatory in all schools and public places.

“I would call on the government to think hard about this and try to make it legislation,” he said.

Supporters of the Heartbeat Campaign include the think tank Fifa Ethics and Regulations Watch, cardiologists, scouts, fans and agents.

The open letter says a 2% levy on all Premier League acquisition transfers would have raised more than £24.8m in the 2020 summer transfer window.

Four recommendations were made – raising awareness of hypertrophic cardiomyopathy and other genetic heart conditions, commissioning research into treatment and diagnosis, training of medical staff to treat anyone who goes into cardiac arrest and fund defibrillators at all grounds and clubs in England.

Campaigner Mickey Ambrose, who organised the letter, said: “We welcome and support the Premier League’s recent announcement to extend the number of defibrillators at football clubs, however, we think it lacks sufficient ambition for the country’s richest and most popular sport.”