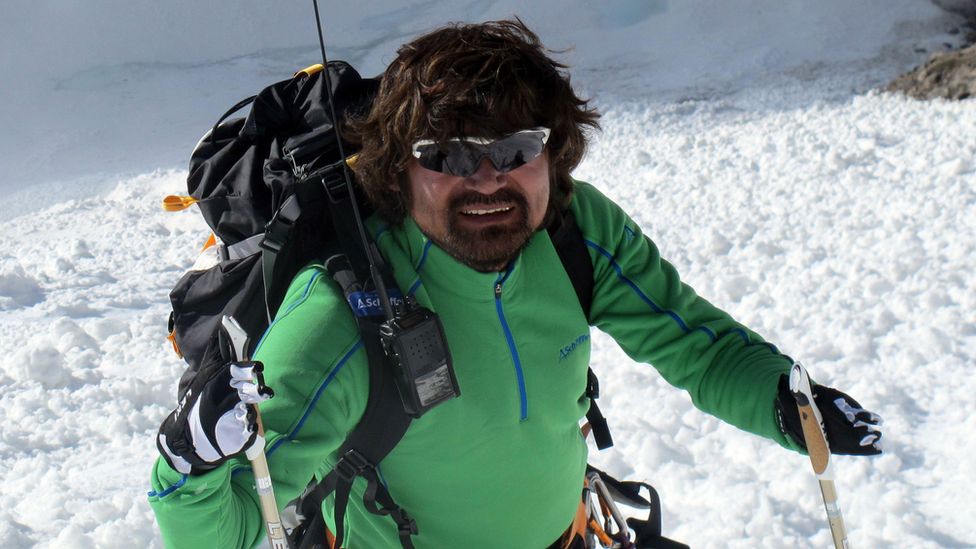 A celebrated South Korean climber who lost his fingers to frostbite 30 years ago has gone missing during his descent from a mountain in Pakistan.

Kim Hong-bin had just scaled the 26,400ft (8047m) high Broad Peak in the Karakoram mountains before he is thought to have fallen into a crevasse.

The climb made the 57-year-old the first disabled person to scale all the world’s tallest mountains.

An initial search failed to locate him and a large operation is being planned.

Mr Kim, who had all his fingers amputated after suffering severe frostbite while climbing in Alaska in 1991, reached the summit of Broad Peak on Sunday as part of an expedition organised by a small group, the Korea Herald reported.

The climber is believed to have later slipped and fallen while descending the Chinese side of the mountain in poor weather, the secretary of the Pakistan Alpine Club, Karrar Haidri, said.

“Since then no information is available about him,” he added, telling the Associated Press that planned search efforts on Tuesday included help from the South Korean embassy in Islamabad.

Mr Haidri told Reuters news agency that helicopters would be used in the search “when the weather permits”.

The other mountaineers who were on the climb with Mr Kim initially searched for him, but were hindered by bad weather conditions, Mr Haidri said. They were reportedly all safe and continuing their descent on Tuesday.

Mr Kim made history by reaching the summit of Broad Peak, conquering the 14 highest mountains in the Himalayas – all of which are above 8,000m.

In 2007, he successfully scaled Mount Everest, the world’s tallest mountain which is located on the border of Nepal and China.

Mr Kim represented his country as part of the Alpine skiing team at the Winter Paralympics in Salt Lake City in 2002.

The mountaineer also founded an organisation promoting outdoor activities – including mountain climbing – for children with disabilities.