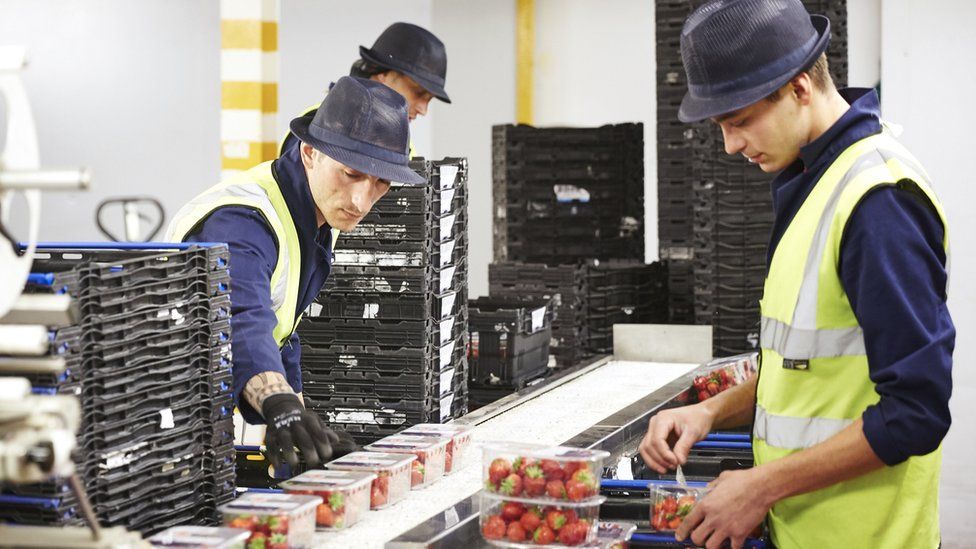 Businesses will have to apply for staff to be granted exemptions from coronavirus self-isolation rules, the government has said.

There will be no list of critical workers exempt from isolating rules and exemptions will be “considered on a case-by-case basis”.

Individual businesses will have to contact their relevant government department to apply for any exemption.

The food supply industry has called for clarity on how the system will work.

Shane Brennan, chief executive of the Cold Chain Federation, said: “What is the application process for businesses to use this? Who will qualify? Do you have to prove you are severely affected? How long will it take?

“If it’s not simple and quick, it will not help and most businesses will have to ignore it.

“It does feel like this is another major-scale initiative being built on the hoof and we will try our best to help government to make it work, but time is not on our side.”

Transport, food supply and medicine companies are understood to be in contact with the relevant government departments.

Mr Brennan said firms should be able to apply for a “blanket exemption” to avoid staff shortages. It said it was the “only way” the policy would make a difference.

The new policy comes after Prime Minister Boris Johnson announced on Monday that fully-vaccinated people in critical roles in England would be able to continue working even if told to self-isolate after being in close contact with someone who has Covid. The new rule is limited to those without Covid symptoms.

Those eligible, which includes NHS and care staff, will be able to take daily tests instead and Mr Johnson said the list would include food, utility and border staff.

Mr Brennan said the number of people absent in the sector due to isolation requests was “growing exponentially across the food supply chain”.

“This is another wave of pressure crashing down on employers already experiencing a labour crisis.”

The government has faced criticism of the impact of self-isolation on industry, with several businesses having their operations disrupted due to staff absences.

The Unite union said the government was communicating “mixed messages” which were giving a “strong impression that ministers are flying by the seat of their pants”.

The union’s assistant general secretary, Steve Turner, said: “Unite would welcome any move by ministers to keep plants moving and our manufacturing members working, as long as it does so in a safe and considered manner.

“For plants to remain open now and in the months ahead, there needs to be faster testing, the continuation of free lateral flow tests for employers, a statutory sick pay rate that means people will actually stay off if ill and the extension of the furlough scheme.”

‘Not a blanket exemption’

The Bristol Port Company said 46 of its 550 employees were currently self-isolating, which was causing shortages in crane operators.

Jon Chaplin, director of external affairs, said the company was working with the UK Major Ports Group trade association to lobby for the industry to join the test and release pilot scheme, “so those currently isolating can return to work earlier”.

The Prime Minister’s official spokesman said: “It’s not a blanket exemption and my understanding is we’re not going to be producing a list covering individual sectors, these business-critical areas will be able to apply for exemptions to their host departments.

“It’s important that anyone who feels they’re in a critical industry or wants to raise potential issues because of isolation are able to contact departments and get advice and where necessary get exemptions.”

Asked specifically about supermarket workers, the spokesman said: “We’re not seeking to draw lines specifically around who or who is not exempt.