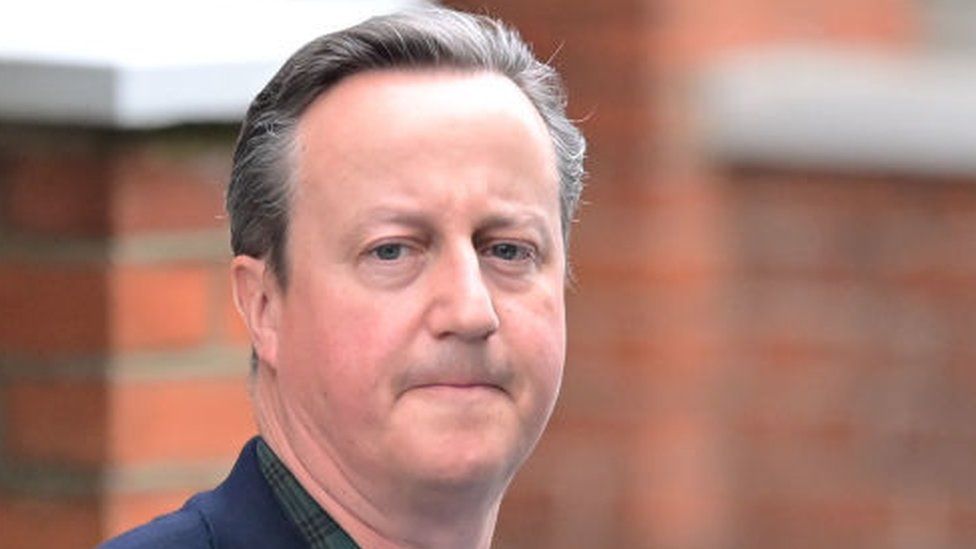 David Cameron showed a “significant lack of judgement” in the way he lobbied the government on behalf of Greensill Capital, a report has found.

The Treasury committee also questioned the former prime minister’s judgement on the financial health of the now-collapsed lending firm.

The report comes after Mr Cameron was found to have lobbied for Greensill by sending texts to the chancellor.

Mr Cameron said he acted in good faith but there were “lessons to be learnt”.

The Treasury committee said that while Mr Cameron did not break the rules over lobbying by former ministers, there was a “good case for strengthening them”, with the current ones offering “insufficient strength”.

The committee concluded Mr Cameron’s “less formal means” to lobby the government to help Greensill, where he was an advisor, were “aided by his previous position of prime minister”.

They added had he “taken a broader and more enquiring assessment of the business”, there were “signals available” which might have led him to take a “more restrained approach” when asking the government to help the firm.

Mel Stride, chair of the Treasury committee, said the Treasury “should have encouraged” Mr Cameron into “more formal lines of communication as soon as it had identified his personal financial incentives”.

She added: “However, the Treasury took the right decision to reject the objectives of his lobbying, and the committee found that Treasury ministers and officials behaved with complete and absolute integrity.”

At the start of the coronavirus pandemic the government said it would back loans to large companies struggling in lockdown.

It was revealed in March, that when advising Greensill, the former prime minister texted Conservative ministers within the Treasury to appeal for access to emergency loans for the finance firm, but the requests were rejected.

Mr Cameron has been cleared of breaking any rules over his lobbying, however critics have continued to question his access to ministers.

The Treasury committee said the “central argument” for Greensill’s attempt to gain access to government support was “more of a sales pitch than a reality”.

The committee acknowledged Treasury officials and ministers behaved properly in their handling of Mr Cameron’s lobbying, and “took the right decision” in preventing Greensill from accessing the Covid Corporate Financing Facility.

However, they added members were “very surprised” by the Treasury’s claim that Mr Cameron’s former position had no meaningful effect on how Greensill’s application for access to the CCFF was dealt with.

“Mr Cameron was an ex-prime minister, who had worked with those he was lobbying and had access to their mobile phone numbers,” the committee said.

“The committee believes that the Treasury’s unwillingness to accept that it could have made any better choices in how it engaged in this case is a missed opportunity for reflection.”

In response to the report, Mr Cameron said: “While I am pleased that the report confirms I broke no rules, I very much take on board its wider points.

“I always acted in good faith, and had no idea until the end of last year that Greensill Capital was in danger of failure.

“However, I have been clear all along that there are lessons to be learnt. As I said to the committee, I accept that communications of this nature should be done in future through only the most formal of channels.

“I agree that the guidance on how former ministers engage with government could be updated and was pleased to provide some suggestions on this to the committee.”

Deputy Labour leader Angela Rayner said Mr Cameron being cleared of breaking any rules “proves that the rules that are supposed to regulate lobbying are completely unfit for purpose”.