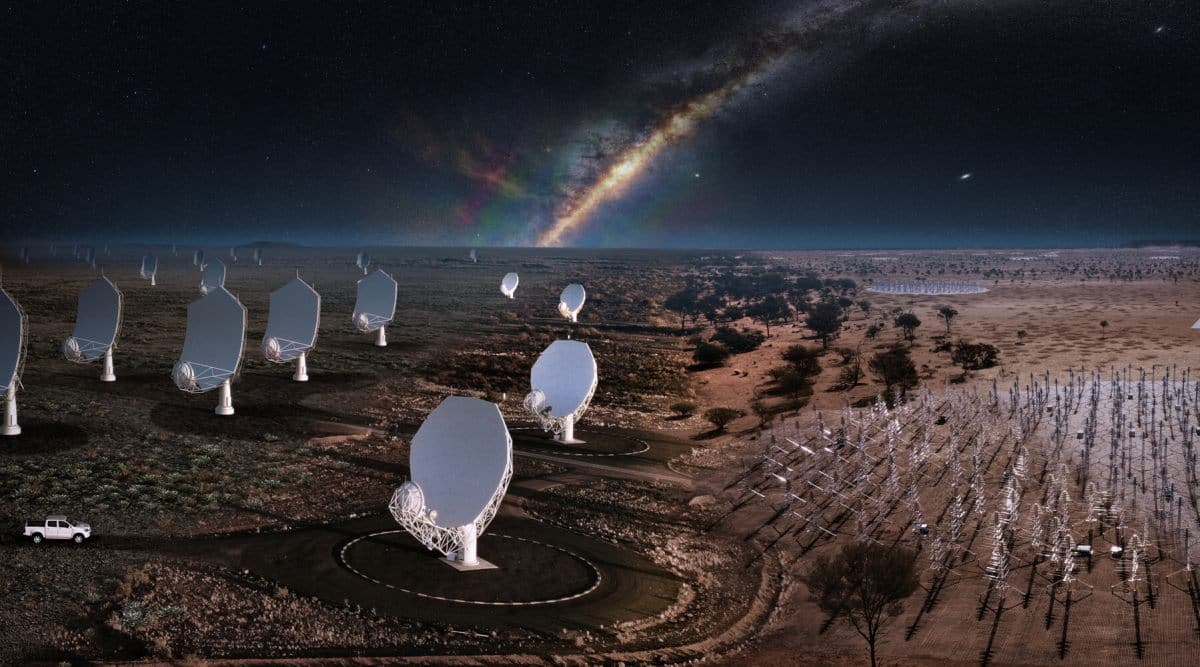 In a major milestone, July 1 will mark the commencement of the construction of the Square Kilometre Array Observatory (SKAO), the proposed largest radio telescope in the world.

The announcement was made on Tuesday by Prof Philip Diamond, director general, SKAO.

Once fully operational by 2029, the SKAO — to be built across South Africa and Australia — will generate astronomical data measuring 700 Petabytes, annually.

Headquartered in the United Kingdom, the SKAO will be an array of 197 dishes located in South Africa and 1,31,072 antennas in western Australia and operate in the 50 MegaHertz-15.3 GigaHertz frequency range.

In February this year, the SKAO took shape as an Inter-Governmental Organisation and the telescope design and engineering works, carried out during the last seven years, was tabled. The decision to go ahead with the SKAO construction in July was finalised during the SKAO council meeting held last week.

“This is momentous and a culmination of works of three decades,” said Diamond.

The project would need an estimated amount of 2 billion Euros between 2021 and 2029, a majority of which has been raised, he said.
Out of the 16 participating countries in this consortium, Australia, South Africa, United Kingdom, Italy, the Netherlands, Portugal and China, are presently the member countries. India, Germany, France, Canada, Japan, Spain, Switzerland, Sweden and South Korea are currently the observer member nations and are waiting to formally become member nations.

As of now, active discussions are going on with a number of scientific institutions and communities from other potential countries, who are interested to engage with SKAO, said Joe McMullin, deputy director-general and programme director of SKAO.

On India’s participation, Prof Yashwant Gupta, centre director, TIFR – National Centre for Radio Astrophysics (NCRA) told The Indian Express: “We have been working for the SKAO for the last six years and will continue to engage with our scientific and technical communities. India’s participation is under review and the cabinet approval in the regard is awaited. We are hopeful to become a full SKAO member nation by the end of 2021, when the construction will be in full swing.”

NCRA is leading the Indian contingent of scientists at SKAO.

Some of the scientific observations which SKAO will perform include the measurement of the atomic hydrogen gas over the history of the universe, evolution of bright sources and cosmic magnetic fields, studying transient objects like Fast Radio Bursts, pulsars and gravitational waves by allowing scientists to look far beyond where the present-day radio telescopes have peered into.

The SKAO administration admitted that the Covid-19 pandemic had affected the telescope’s pre-construction activities, and that appropriate adaptation posed by the volatile situation is planned as the construction phase begins.

“As per the schedule, we have significant activities planned beginning in the first and second quarters of 2022 and hope for further improvement in the global situation. But, we do have some estimation regarding the volatility in transportation of goods, containers, electronics and others as we go forward,” said McMullin.

With the increasing challenges posed by the signal interferences by cellphone towers, aircraft or other sources, Diamond shared that the SKAO is engaged in technical discussions with relevant industries in South Africa and Australia and have offered mitigation measures so that there is minimal interference to the telescope operations.