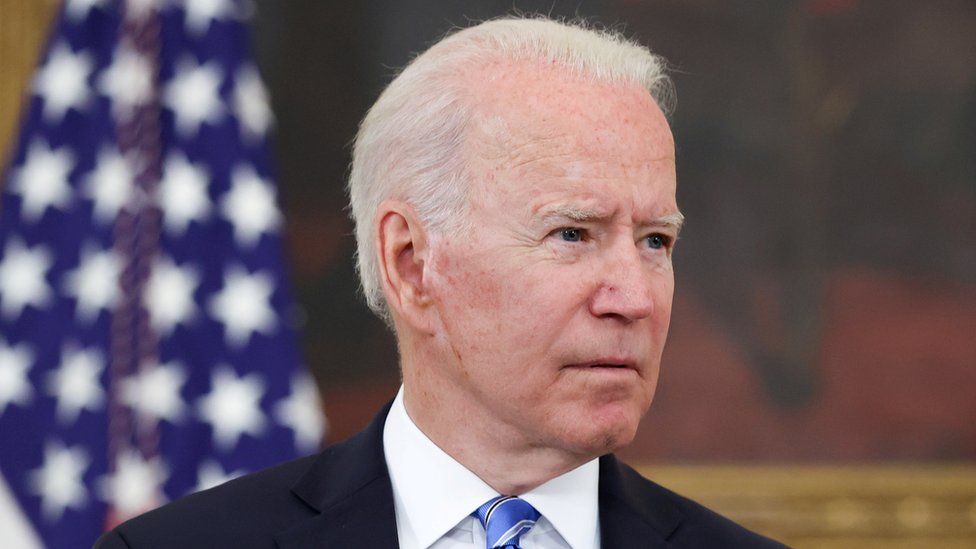 The president had said “they’re killing people” when asked about Facebook’s role in the Covid pandemic, a comment which made headlines around the world.

But he now says he was referring to leading misinformation spreaders on the platform.

President Biden’s initial remarks were off-the-cuff comments to a reporter, who’d asked about his message to “platforms like Facebook”.

It came on the day the White House press secretary had accused Facebook of not doing enough to combat the spread of misinformation by users.

Mr Biden now says this is what he was referring to – specifically to a recent report about 12 people credited with spreading a vast amount of misinformation.

“Facebook isn’t killing people, these 12 people are out there giving misinformation,” he said. “Anyone listening to it is getting hurt by it. It’s killing people.

“My hope is that Facebook, instead of taking it personally, that somehow I’m saying ‘Facebook is killing people’, that they would do something about the misinformation, the outrageous misinformation about the vaccine,” he said.

Mr Biden’s initial quote last week was picked up by news outlets around the world, leading to an unusually strong rebuttal from Facebook.

“We will not be distracted by accusations which aren’t supported by facts,” it said.

“The facts show that Facebook is helping save lives. Period.”

The company went as far as releasing a blog post, called Moving Past the Finger Pointing, claiming that Facebook users are more likely to be vaccinated.

“The data shows that 85% of Facebook users in the US have been or want to be vaccinated against Covid-19. President Biden’s goal was for 70% of Americans to be vaccinated by July 4,” it wrote.

“Facebook is not the reason this goal was missed.”

Facebook continues to face accusations of not doing enough to tackle misinformation.

The report cited by President Biden, originally released in March, suggested that 65% of anti-vaccine posts came from the so-called “disinformation dozen” – 12 people who spread misinformation to millions of other users.

The Center for Countering Digital Hatred (CCDH), which was behind the report, continues to campaign for their removal from both Facebook and Twitter.