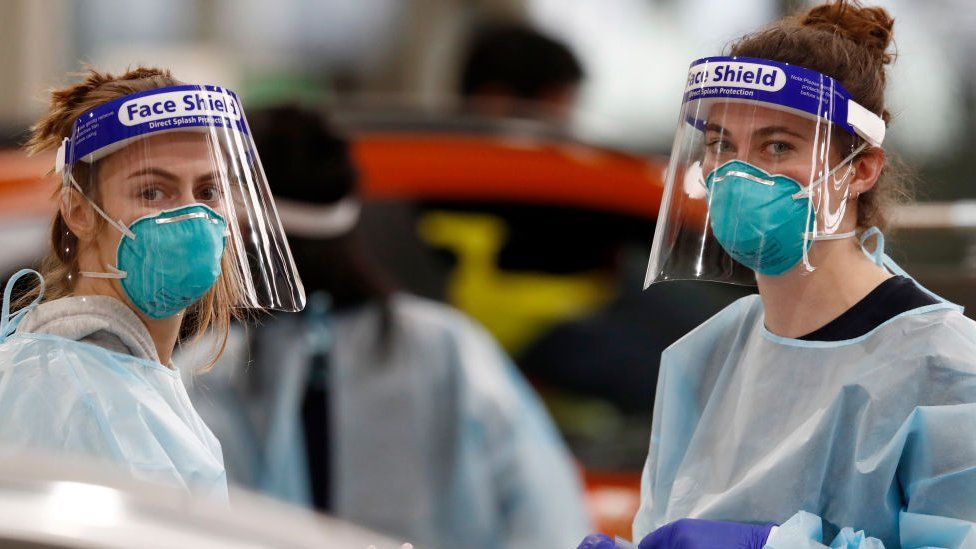 The Australian state of Victoria – home to its second largest city, Melbourne – has begun a snap lockdown after two more local cases of the virus.

The latest outbreak brings the total number of virus cases there to 18.

This is the fifth lockdown for Victoria since the pandemic began and will last until Tuesday.

But earlier this week, a team of Sydney furniture movers travelled to Melbourne, leading to a spread in cases.

“You only get one chance to go hard and go fast. If you wait, if you hesitate, if you doubt, then you will always be looking back wishing you had done more earlier,” Victoria’s Premier Daniel Andrews said.

“I am not prepared to avoid a five-day lockdown now,” he added, only to be forced into a much longer one later on.

Residents in the state of 6.6 million people will have to stay home except for food shopping, essential work, exercise and getting vaccinated.

His move means that about 40% of Australia’s population is now under a stay-at-home order.

New South Wales is also in a five-week lockdown which will last until the end of the month. Sydney now has about 1,000 cases, primarily caused by the highly infectious Delta variant.

Australia has used lockdowns and swift contact tracing to combat the virus when cases have breached its strict border controls.

Only around 12% of Australia’s adult population is fully vaccinated. A lack of supplies, specifically of the Pfizer vaccine, means many will not be able to get a jab until the end of the year.

Vaccine rollout has been affected by widespread hesitancy around the AstraZeneca vaccine, following cases of rare blood clots linked to the jab.

Australia has recorded 911 deaths and more than 31,000 cases of Covid-19 since the pandemic began.