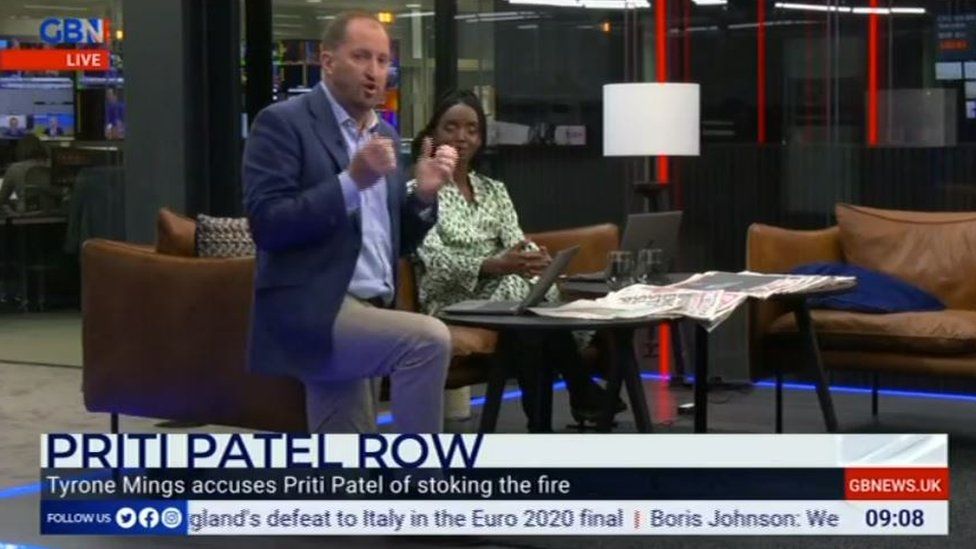 Broadcaster Guto Harri has quit GB News after he was suspended for taking the knee during a discussion about racism towards England’s black footballers.

Harri confirmed his decision to leave the new channel to BBC Wales on Sunday.

Last week, GB News apologised after the TV journalist made the gesture, which it said breached its standards.

On Friday, incoming presenter and former Ukip leader Nigel Farage said he “will not be taking the knee for anyone” on his new show.

In his resignation letter, seen by the BBC, Harri asked the organisation to “please explain how that [Farage’s stance] does not breach editorial standards but I did”.

The BBC has asked GB News for a comment.

Writing in The Sunday Times, Harri, a former BBC correspondent and advisor to Boris Johnson when he was Mayor of London, noted how when he had joined the new channel he “liked and trusted those in charge and supported the broad vision”.

However, he declared that GB News was “rapidly becoming an absurd parody of what it proclaimed to be”.

He said he had discussed taking the knee with colleagues and superiors prior to doing so on-air and was not asked to refrain from doing so.

“GB News captured the moment and proudly cascaded it through social media,” he wrote. “Watch five minutes of the channel and you’ll see how presenters are encouraged to speak freely, confront sensitive subjects, engage in difficult debates and make a case.

“However, what followed was a tsunami of disappointment, resentment and hate. Old friends were amused to see me described as woke and Marxist. By Thursday night, the boss called and I’d been taken off air for the summer.”

He added: “Whatever nerdy academics tell you about Black Lives Matter associations, taking the knee is now a simple, bold statement that you reject racism. And if that’s an issue for a channel or government, it’s a big problem for all of us.”

His actions sparked a backlash and boycott threat from some viewers, prompting officials from the channel to admit: “We let both sides of the argument down by oversimplifying a very complex issue.”

GB News chair Andrew Neil has said the channel is “finding its feet” but has a “great future” ahead of it.

Meanwhile, another GB News presenter, Alistair Stewart, will be off air for a while after one of his horses bolted and knocked him over, breaking his hip.