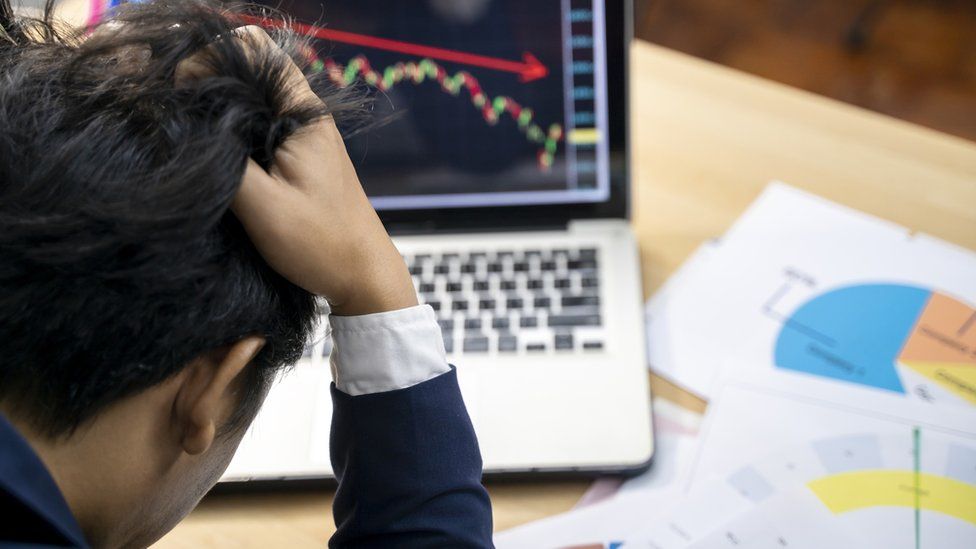 Stock markets across the UK, Europe and the US dropped sharply on Monday on fears that rising numbers of Covid cases will hamper economic recovery.

In New York, the Dow Jones Industrial Average tumbled by more than 2% while major share indexes in France and Germany also fell.

In England, most remaining Covid restrictions were lifted on Monday.

However, new cases are continuing to rise in some countries fuelled by the Delta variant of the virus. Meanwhile, businesses in the UK have described how they are cutting opening hours, closing shops or may have to reduce production as employees are forced to self-isolate after being alerted by the NHS Covid-19 app.

“The big concern for the market is whether we are going to see a slowdown in the global economic recovery,” said Russ Mould, investment director at AJ Bell.

“Optimism which had been on the horizon just a few weeks ago has again been obscured by dark clouds, especially with the snap decision to enforce a 10 day quarantine for arrivals from France,” said Susannah Streeter, senior investment and markets analyst at Hargreaves Lansdown.

“With some scientists warning that infections could reach 200,000 a day by September, there is now a feeling that the UK could be staring at a fresh autumn lockdown,” she added.

At a media briefing, US President Joe Biden urged Americans to get vaccinated in order to ensure the economy can remain open.

Pointing towards how markets were performing on Monday, he said: “That’s not how I judge economic growth.”

His comments came after data published last week showed prices in the US spiked again in June, driven higher by the cost of used cars and food increasing.

He said that the increase in inflation was expected to be temporary, but he understood that unchecked inflation over the long-term would pose a “real challenge” to the economy.