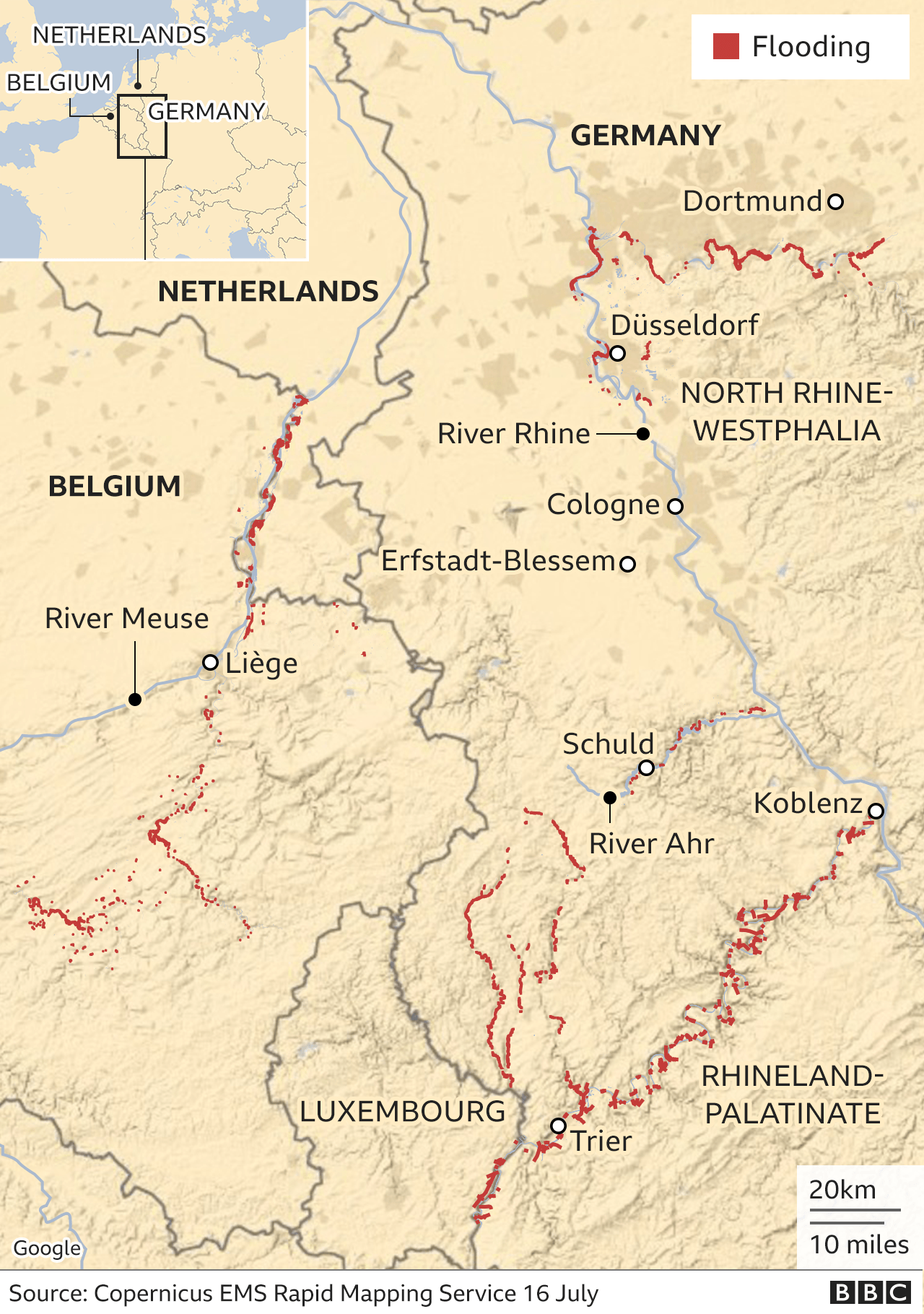 Germany’s government has hit back at criticism over its warning systems after the worst flooding in decades left at least 160 people dead.

The deluge caught many off guard, sweeping away houses and leaving residents trapped in rising waters. More than 170 people are still missing.

Local communities should decide how to respond, he said. Under Germany’s political system, regional states are responsible for emergency efforts.

“It would be completely inconceivable for such a catastrophe to be managed centrally from any one place – you need local knowledge,” he said.

He called the criticism “cheap election rhetoric”. Germany votes in September to elect a successor to Chancellor Angela Merkel. She is retiring after 16 years in power.

Flood warning systems sent out alerts a few days before the heavy rain. However, they failed to reach many residents or officials in time.

Armin Schuster, head of the Federal Office for Civil Protection, said “the warning infrastructure wasn’t our problem, but the effectiveness with which authorities and the population reacted to these warnings”.

He said “we sent out 150 warnings via our apps, via the media”. But in many cases, he said, it was impossible to predict even half an hour ahead which places would be hit hardest.

But some have questioned the usefulness of warning apps, as the floods severed many phone links.

On the ground the risk of floods is easing as the weather improves.

In the severely hit Ahrweiler area, in Rhineland-Palatinate, the death toll rose to 117 on Monday. In North Rhine-Westphalia, at least 46 people died.

A massive clean-up is under way. German media report oil pollution of rivers, including parts of the Rhine, from heating oil in flooded cellars and abandoned cars.

Donations, including clothes and other essentials for people left homeless, have poured in from other parts of Germany.

A priority is to provide drinking water. In some flooded areas, officials say, damaged water pipes cannot be repaired quickly.