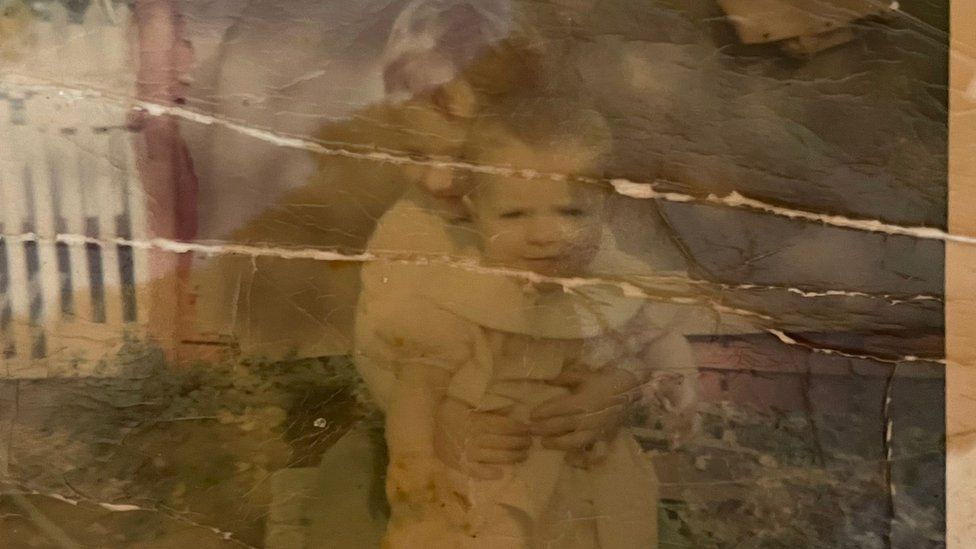 A brother and sister were looking for their long-lost sibling. A police department was trying to identify a murder victim. It took 30 years – but a revolution in forensics using DNA and ancestry websites finally connected the dots.

The nicest thing about the little town of Bucklin, Kansas, is its cemetery. The grass is neatly cut, the graves well looked after.

It was here, last month, that 20 or so mourners stood around a small, white coffin to say goodbye to Shawna Beth Garber.

No one, including those there, knew much about Shawna – what she looked like, where she lived or what name she went by when she died.

Only recently did they learn that she had been murdered, and that her body had gone unidentified for three decades.

The police had called her Grace, because it had been said that “only by the grace of God” would anyone find out who she was.

But thanks to a revolution in DNA tracing – one that is changing how cold cases are being solved throughout America – a 30-year-old mystery might finally be solved.

Rob and Shawna were not born into a normal household. A shy man of 56, the older brother of Shawna describes their mother as “evil”.

He speaks slowly but thoughtfully. His words are carefully chosen.

He’s not used to talking about his childhood and it brings up turbulent memories. He and Shawna were physically abused by their mother, he says, and it led to both of them being placed into care.

His recollections of his little sister are some of the only fond memories he has of his early childhood.

“She was the biggest part of my life,” he says.

By the time Rob was seven and Shawna was five, the abuse from their mother began to escalate.

“For the most part I was the one that was the target of everything,” Rob recalls, “until the incident that got us taken away from her. That was just way above and beyond everything else.”

He was at school when their mother poured lighter fuel on Shawna and set her on fire.

They were split up after being taken into care and placed with different families. Rob was given the surname Ringwald. He saw his sister one more time after she got out of hospital, on his eighth birthday, and that was the last time.

As an adult in the 1990s Rob became interested in finding her.

He remembered Shawna, but he was also told of other half-siblings.

After contacting the authorities, he was eventually given the name of a half-sister, Danielle Pixler, 48, who also lived in Kansas.

They met and struck up a lasting friendship and Danielle, too, became keen to try to find Shawna.

Sitting in the porch of her house in Topeka, Kansas, Danielle tells me about her decades-long hunt for the half-sister she never knew.

She spent countless hours on Facebook hunting for Shawna.

“People thought I was stalking them,” she says.

Rob and Danielle had each built up their own case files, filled with all the information they could find about Shawna.

But without knowing even basic information, like what surname she was using – it was a fruitless endeavour.

In December 1990, the body of a woman was found near an abandoned farmhouse in Missouri. The post-mortem examination estimated she had been left there for around six weeks, and that she had been murdered.

The police had very few clues to go on. She had been tied up with six different types of rope. Her remains were so decomposed it would be hard even for a close relative to identify her.

Lieutenant Mike Hall, the McDonald County deputy sheriff, worked the case for 14 years without getting close to finding out who Grace was – let alone who had killed her.

“If I’m driving around, out on patrol, my mind would sometimes wander. I’d think about who brought her out here? It’s always on my mind,” he says.

As the years went on Grace’s case became colder and colder. Her remains were kept in a cupboard in the sheriff’s office, almost forgotten, just one of America’s estimated 250,0000 unsolved murders.

DNA has been used in forensics since the mid-1980s. Traditional techniques are good at matching genetic material to a suspect if DNA for the person in question is already in a police database, but this has its limits.

For example, in the 1970s and 1980s California was gripped by a prolific serial killer and rapist dubbed the Golden State Killer. Police had his genetic material, but there wasn’t a match in the FBI’s DNA database. Many thought he’d never be found.

But in 2018, authorities decided to use an innovative technique that had burst on to the scene – one that marries the use of DNA with information from ancestry websites that could be used to draw family trees.

A user puts a DNA swab into the post, and is later given a list of people with whom they share genes and an analysis of how closely they are shared.

The police realised that if they put the murderer’s DNA into an ancestry website, they’d get a list of the killer’s relatives – a crucial clue.

“The Golden State Killer is almost the halo case for the success of the technology,” says GEDmatch CEO Brett Williams.

Once genetic relatives were found, family trees could be built. The trees eventually came together at a point that allowed authorities to zero in on one person – a suspect.

In 2020, Joseph DeAngelo, a former California police officer, was sentenced to life in prison.

Othram, a Houston-based tech company, was founded shortly after the DeAngelo breakthrough with a goal to solve unsolvable cases using the new technology.

The company uses data sources like those provided by GEDMatch, and has helped law enforcement crack a series of high-profile murders and missing people cases in the last two years.

It went through the same process that the police had gone through with the Golden State Killer.

Shawna’s DNA was degraded and had bacterial contamination. Othram cleaned up Grace’s DNA, creating a genetic profile that could then be run through several genealogy websites.

From there, they found a number of third cousin matches and started building up a family tree to find a common ancestor. Working down the family tree, they began to develop a theory about who she might have been related to and gave the names to Lt Hall.

The call from the lieutenant came when Danielle was at work. At first she thought it was a scam – something about a murder, a possible sister, a DNA test.

But after speaking to her family, she called the number back. The gravity of what Lt Hall was telling her began to sink in.

“When I called him back I was bawling and crying,” she says. “He was telling me all this stuff and I was like, ‘how did you get hold of me? How do you know who I am? Or that I’m related?’ I just freaked out.”

On 29 March the result came back. Grace Doe was her sister, Shawna.

“I just started crying,” she says.

Shawna’s case, and many others like hers, shows that the process works. But it also has its critics.

The technique is so sensitive that one person’s DNA could be enough to identify hundreds or even thousands of their genetic relatives – none of whom have consented to law enforcement checks.

In effect, one person can sign up their entire extended family.

“We’re not talking about searching in databases for the people who voluntarily submit their information,” says Erin Murphy, author of Inside the Cell: The Dark Side of Forensic DNA.

“We’re talking about searching in a database to find the thousands of people that don’t even know they’re related to that individual.”

Danielle was found because a distant relative had consented to their DNA being used for law enforcement checks – not because she had.

Brett Williams of GEDmatch accepts the ethical dilemma of using the technology.

But the desire for families to find out identifies of loved ones – or the killer of a relative – doesn’t trump privacy concerns, argues Murphy.

“It’s incredibly hard to say this, but we don’t make policies about the civil liberties of our whole society, based on the personal feelings of single victims,” she says.

This is the main reason why so many genealogy websites don’t allow law enforcement checks – including Ancestry.com and 23AndMe.

Rob is adamant that without the process they would never have found out what had happened to their sister.

“My sister has been sitting on a shelf for 30 years. She won’t be anymore.”

Some kind of closure

Rob and Danielle still don’t have a picture of Shawna as an adult. They still aren’t sure what name she was using at the time of her death.

The police are trying to work out what Shawna’s movements were before she died, or anyone that knew her as an adult.

They believe she may have been based in Joplin, Missouri, at the time of her disappearance.

Lt Hall thinks he has a real chance of breaking the case.

“I do think the murder can be solved now that we know who she is,” he says.

Shawna’s funeral was bittersweet for Rob and Danielle. They finally knew who and where their sister was. She had not been refusing contact. She hadn’t emigrated.

But it’s not the ending they’d prayed for.

“I have nightmares. I hear screams,” says Danielle, who can’t help reading the local press stories about the case.

“I read about her every day, I have to. It’s horrifying because I cry every time I read it. But somehow I feel closer to her when I’m reading it.”

Shawna’s identification is a huge break in the case. Up and down the United States similar breakthroughs are happening weekly.

It’s no understatement to describe this technique as a revolution in solving cold case murders.

However, this method is so new there are very few laws governing its use. And with privacy an increasingly controversial issue in the US, politicians will have to decide to what extent they want genealogy websites used to fight crime.

The police believe there is a very real prospect that Shawna’s killer is still alive, and assumed they’d gotten away with it.

Technology means that one day the person, and many other murderers in the US, may be brought to justice.

Watch Our World this weekend on the BBC News Channel and BBC World News to learn more on the technology behind the story.