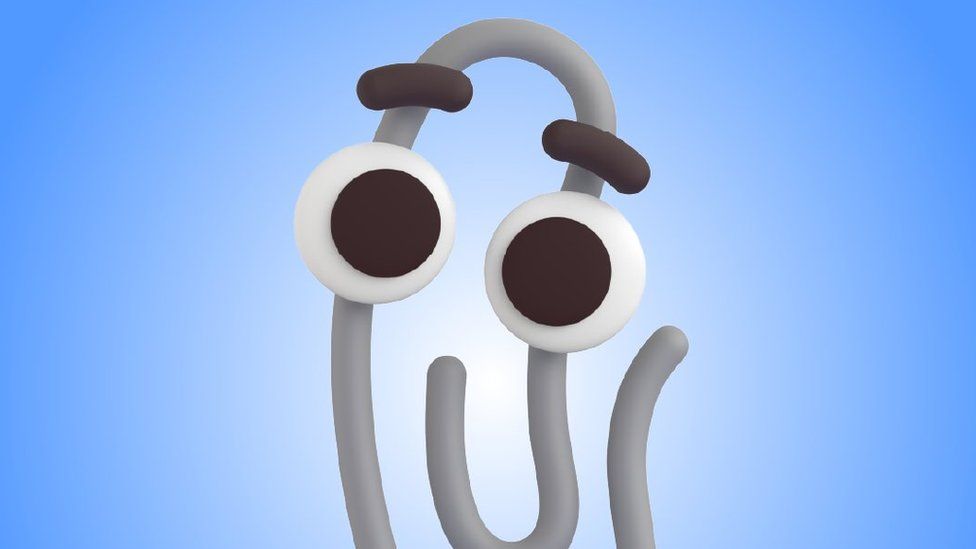 Microsoft’s much-maligned mascot Clippy is coming back from the dead – but only as an emoji.

Clippy the paperclip was a simplistic virtual assistant who offered tips and advice to Microsoft Office users, from 1997 and until the mid-2000s.

Its constant pop-ups to suggest “help” with the simplest of tasks – such as writing a letter – annoyed many.

But Microsoft says it is now bringing back the design, for its modern Office products.

Clippy would replace the existing paperclip emoji in its Microsoft 365 products, including its cloud services and the modern, online version of Microsoft Office, the technology giant tweeted, but only it that tweet received 20,000 “likes” – and within hours, it had surpassed 100,000.

Other Microsoft accounts joined the marketing move, ahead of World Emoji Day, on 17 July, with the official Xbox account chiming in with: “Free Clippy!”

Later, a blog post from the company’s design team revealed that the redesign was part of a wider move to turn all of the Microsoft emojis into more colourful 3D versions.

While doing the mass redesign, “we had to use this opportunity… so long flat, standard paperclip, and hello Clippy!” wrote art director Claire Anderson.

“Sure, we may use fewer paper clips today than we did in Clippy’s heyday, but we couldn’t resist the nostalgic pull.”

Once the change is made, any time a user types the paperclip emoji, 📎, in Microsoft products, it will appear as Clippy.

But on other devices, such as Apple or Google smartphones, it will still look like a regular paperclip.

The Unicode Consortium approved a paperclip emoji as a standard character in 2015 – but each individual software-maker can choose the graphics it uses to display these.

In 2016, for example, after a series of US shootings, Apple changed its version of the gun emoji to a toy water pistol, prompting other large technology companies to follow suit.

The original Clippy was “retired” in 2001, with the launch of Office XP, disappearing from screens as it was switched off by default, and removed entirely a few years later.

The early virtual assistant Clippy represented was technically called the Office Assistant – and while Clippy was the default character, there was also a red ball, a robot, a cat, a dog, an Albert Einstein lookalike and several more.

But Microsoft has committed to reviving only Clippy – the object of much affection and frustration.