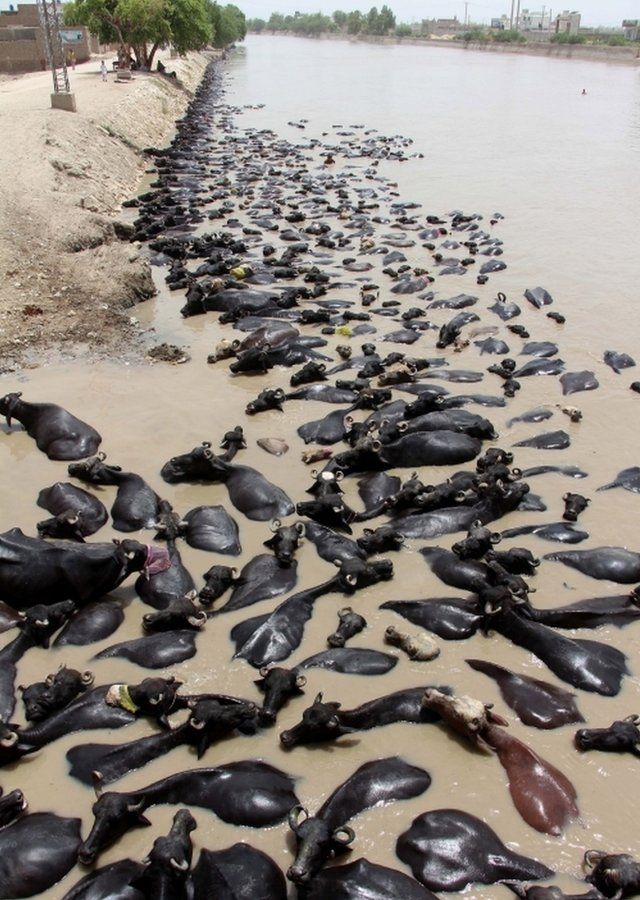 Top climate scientists have admitted they failed to predict the intensity of the German floods and the North American heat dome.

They’ve correctly warned over decades that a fast-warming climate would bring worse bursts of rain and more damaging heatwaves.

But they say their computers are not powerful enough to accurately project the severity of those extremes.

They want governments to spend big on a shared climate super-computer.

Computers are fundamental to weather forecasting and climate change, and computing will underpin the new climate science “Bible”, from the Intergovernmental Panel on Climate Change (IPCC) next month.

“(We need) an international centre to deliver the quantum leap to climate models that capture the fundamental physics that drive extremes.

“Unless we do that we will continue to underestimate the intensity/frequency of extremes and the increasingly unprecedented nature of them.”

She said the costs of the computer, which would be in the hundreds of millions of pounds, would “pale into insignificance” compared with the costs of extreme events for which society is unprepared.

Dame Julia is striving to promote this initiative at the COP26 climate summit in November.

She, and other scientists, agree climate change is an emergency. But Oxford Prof Tim Palmer told me: “It’s is impossible to say how much of an emergency we are in because we don’t have the tools to answer the question.

“We need a commitment and vision with the magnitude of CERN (Europe’s major physics research centre) if we are to build climate models that can accurately simulate the extremes of climate like the Canadian heatwave.”

Most importantly researchers need to assess whether places such as North America or Germany will face extremes like the heat dome and the floods every 20 years, 10 years, five years – or maybe even every year. This level of accuracy currently isn’t possible.

Some scientists argue that it’s futile to wait for the IPCC to say how bad climate change will be.

That’s partly because the panel’s “Bible”, which is supposed to gather in one place the sum of knowledge on climate change, will actually already be out of date when it’s published because review deadlines closed before the German and American extreme extremes (sic).

Prof Bill McGuire, for instance, from UCL, told me: “The obvious acceleration of the breakdown of our stable climate simply confirms that – when it comes to the climate emergency – we are in deep, deep s***!

“Many in the climate science community would agree, in private if not in public.

“The IPCC’s reports tend to be both conservative and consensus. They’re conservative, because insufficient attention has been given to the importance of tipping points, feedback loops and outlier predictions; consensus, because more extreme scenarios have tended to be marginalised.

“Plenty of peer-reviewed papers not addressed in IPCC documentation present far more pessimistic scenarios. There is no reason why a consensus viewpoint should be right, and we need to be preparing for the worst, even if we still hope for the best.”

Cambridge Prof Mike Hulme is worried by this tone. He told me: “It’s well known that the IPCC works on a slower timescale than does the weather – and for good reason.

“Science takes time to mature, and for uncertainties to be properly contextualised. I think it is dangerous if people start trying to undermine IPCC reports before they are even published,” he told me.

“Yes, there are weather extremes and some of them – like heatwaves and some hurricane intensities – are getting more extreme, but this is all predictable according to IPCC models.

“I think it is dangerous to start banging the drum for more and more emergency talk.

“We have seen the damage emergencies can do with the pandemic, fuelled by the psychology of fear through the social amplification of risk.

One group member, Prof Mark Maslin from UCL, said of the IPCC: “The executive summary has to be agreed and signed off by 193 countries; reports are every 6-7 years and because of the time they take to write they are usually 1-2 years behind the literature.

“Are they still fit for purpose – yes, as they provide an essential service linking scientists, social scientists and economists all around the world and provide the baseline estimates of what will happen to governments and companies.

“Are they fit for dealing with a rapidly evolving climate and political landscape – No!”