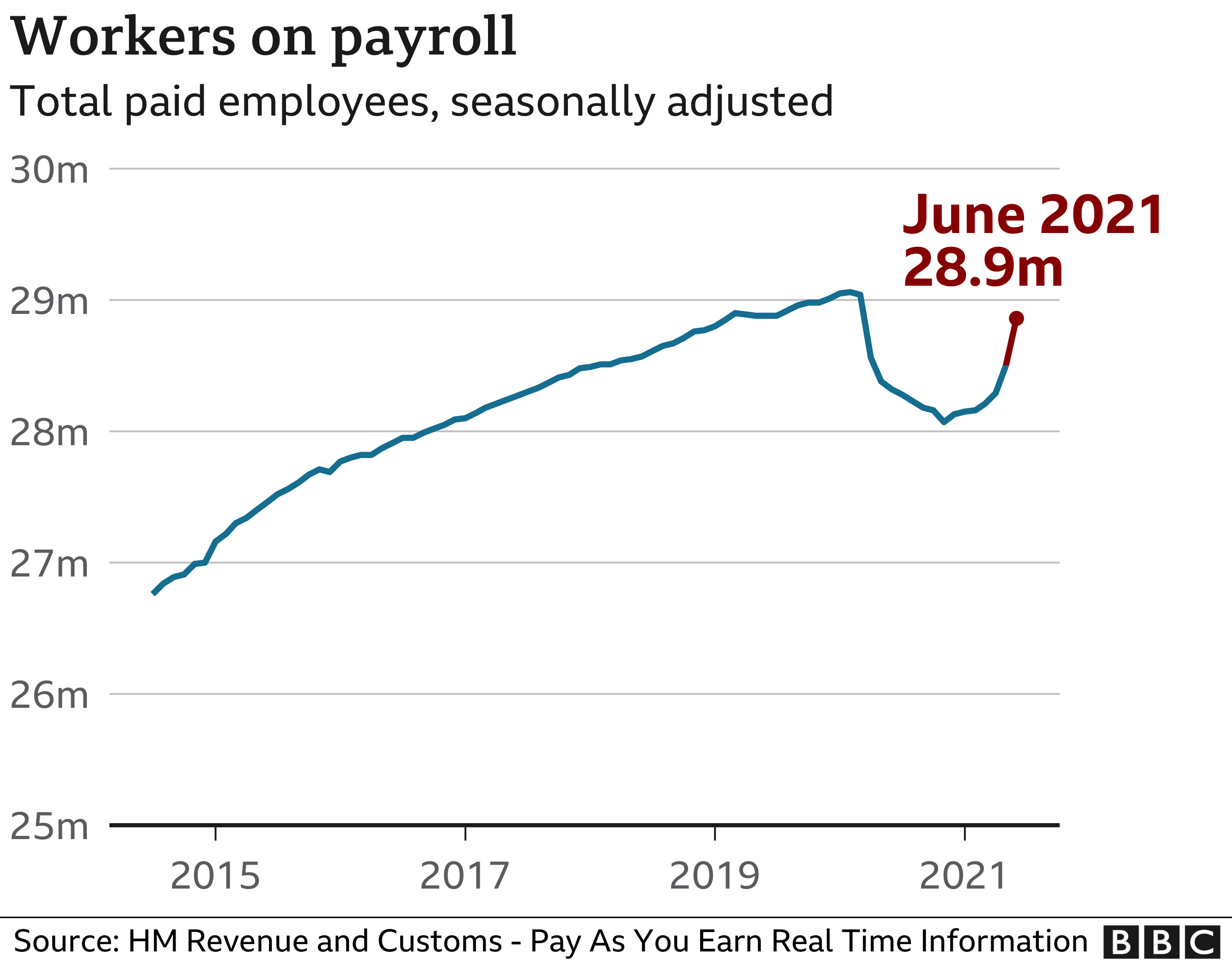 The number of job vacancies in the UK surpassed pre-pandemic levels in the three months to June, new data shows.

The Office for National Statistics said there were 862,000 jobs on offer between April and June, 77,500 higher than the first three months of 2020.

The ONS said the rise was driven by vacancies in hospitality and retailing.

The number of people on payrolls also grew, up 356,000 in June, in the biggest rise since the start of the pandemic.

There was a sharp increase in payrolls in both the food and accommodation sectors as more people returned to work following a further easing of Covid restrictions in May that allowed the hospitality industry to reopen.

Some regions of the UK saw payroll numbers rise past levels seen before Covid forced the country into lockdown, including the North East, the North West, the East Midlands and Northern Ireland.

However, the ONS said the number of payroll workers remained 206,000 below pre-pandemic levels at 28.9 million.

“The labour market is continuing to recover, with the number of employees on payroll up again strongly in June,” said Darren Morgan, director of economic statistics at the ONS.

“However, it is still over 200,000 down on pre-pandemic levels, while a large number of workers remain on furlough.”

The ONS also said that the unemployment rate was 4.8% between March and May. Economists had expected it to hold at the 4.7% rate recorded in the three months to April.

Commenting on the sharp rise in vacancies, Chris Gray, director at recruitment firm Manpower UK, said: “I think what we’re seeing is that we’re already in a tight labour market. Employers are already having to be very creative.

“But some are also a little bit anxious, maybe desperate, and advertising the same job more than once so, we’ve got to be mindful of some of those inflated numbers.”