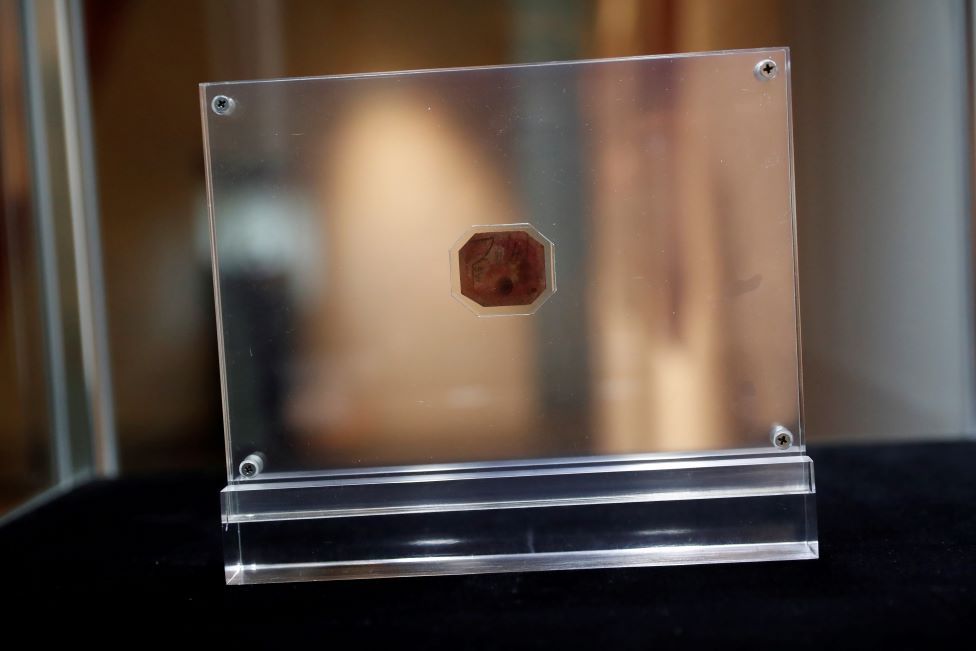 An $8.3m (£6.2m) stamp is returning to the UK for the first time in 143 years, after being sold at auction to a British rare stamp dealer.

The dealer said that, gram for gram, the stamp is thought to be the most valuable man-made item in the world.

It is the only survivor of a small batch printed on the former British colony British Guiana, now Guyana.

The stamp, printed on magenta paper and measuring 29 x 26mm, bears a three-masted ship and the colony’s motto, “We give and expect in return”.

It went into circulation in 1856, when a shipment of stamps was delayed from London and the colony’s postmaster asked printers to make three types of temporary stamp until the shipment arrived.

Once it arrived, the postmaster ordered them to be taken out of circulation – but one of the one cent stamps survived.

It was discovered around 20 years later and returned to Britain for a short time, but was then sent to a collection abroad.

On arriving at Heathrow Airport, it will be met by an armoured truck and will go on display at Stanley Gibbons’ shop in London in a specially commissioned, zero-oxygen frame.

“It’s truly one of a kind, and we’re delighted to be welcoming it back on to British soil where we hope it will remain,” he said.

The dealer intends to make the stamp available to collectors through a shared-ownership scheme.

“This isn’t just for wealthy collectors. We are developing a pricing model that will allow anyone to join the club,” he added.

The stamp has been on display at the Smithsonian National Stamp Museum in Washington DC, on loan from its former owner, the US shoe designer Stuart Weitzman.

It has marks from all of its previous owners, including the government of France and John du Pont, who was convicted in 1997 of murdering Olympic Gold Medallist David Schultz and died in prison in 2010.