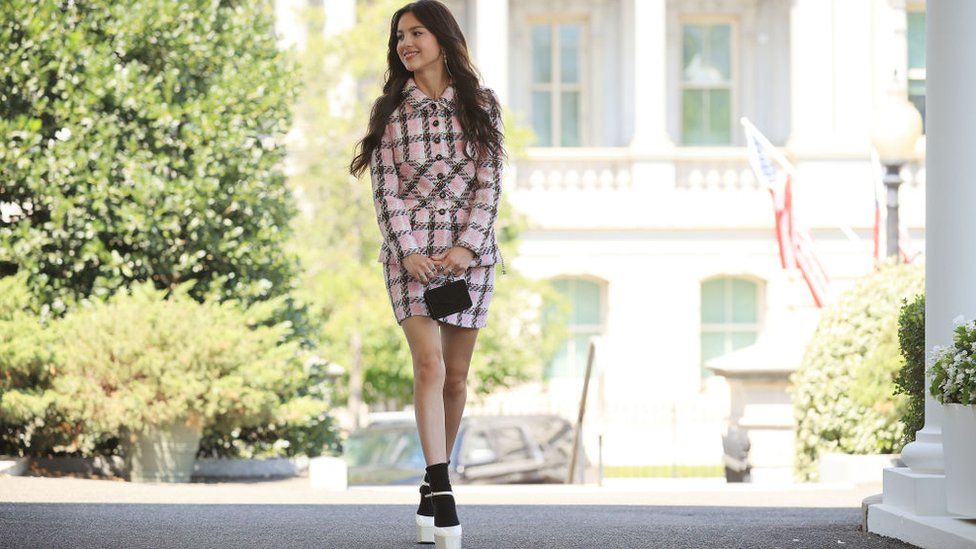 She wasn’t old enough to vote for him, but pop star Olivia Rodrigo is lending US President Joe Biden a hand today, working to promote Covid-19 vaccines.

The singer, 18, will meet Mr Biden, 78, and national virus chief Dr Anthony Fauci, 80, to film an advert aimed at encouraging young people to get jabs.

The White House is turning to Rodrigo and her massive fan following for help.

The singer behind hits like “Driver’s Licence” and “Deja Vu” is expected to share the educational videos filmed today with her 28m social media followers. The White House will also promote them.

Speaking from the White House briefing room on Wednesday, Rodrigo said she was “honoured and humbled” to spread the important message of youth vaccination.

The young star received a thank you from Press Secretary Jen Psaki, who said Rodrigo had offered to come to Washington herself.

Rodrigo’s guest appearance is the latest effort by the Biden administration to enlist celebrities in the vaccine drive. Country singer Brad Paisley and actor Jennifer Garner were among those previously tapped for the cause.

After an initial surge in vaccinations across the US, rates have plateaued in recent weeks, amid an alarming increase in Covid-19 case rates.

Mr Biden had set a goal of getting 70% of US adults at least one dose by the 4 July holiday, but missed that mark due in part to hesitancy among Americans of Rodrigo’s generation.

According to a June report from the US Centers for Disease Control and Prevention (CDC), roughly 38% of Americans aged 18-29 years old have received at least one dose – the lowest among any other age group.

Overall, about 67% of Americans 18 and older have received at least one shot.

This summer, the former Disney child actor became the youngest solo artist to top both the UK singles and album chart at the same time, with her hit debut album Sour.

Her debut single “Driver’s Licence”, which remains the biggest single of the year overall, topped the UK and US charts in January. It broke Spotify’s record for the most streams in one day, peaking at 17 million streams on 12 January.

Cooper Lawrence, a journalist and author of Celebritocracy, said she thinks Rodrigo’s efforts may result in a vaccination bump among her peers.

“Research shows that people assume celebrities have insider information that we don’t have,” she said. “And celebrity’s tend to hold the greatest sway over young people, meaning Rodrigo is the perfect person to relay this message.”