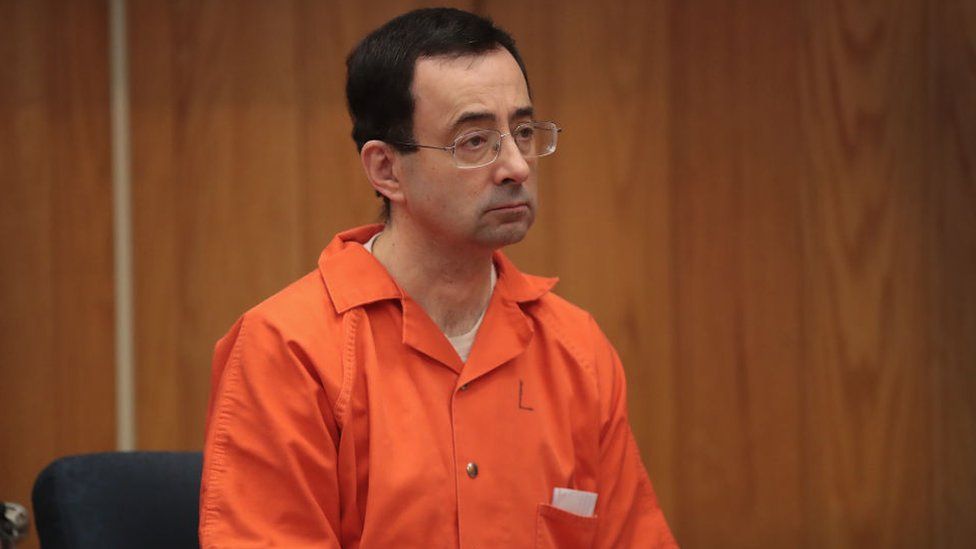 The FBI disregarded allegations about a prolific USA Gymnastics child abuser and later made serious errors in the investigation, a watchdog has found.

Numerous missteps and cover-ups by FBI agents allowed his abuse to continue for months after the case was first opened, the report found.

In a statement on Wednesday, the FBI acknowledged the findings, calling the handling of the Nassar file “inexcusable and a discredit to this organisation”.

“We will take all necessary steps to ensure that the failures of the employees outlined in the report do not happen again,” the agency said.

The 119-page report by the Justice Department Inspector General found that despite the seriousness of the allegations against Nassar, the FBI field office in Indianapolis dragged its feet in responding.

In July 2015, following an internal review into Nassar, USA Gymnastics reported a number of allegations to the FBI in Indianapolis. After some “limited follow-up” that summer, the agency “did not undertake any investigative activity” on the case for more than eight months.

During that time, the report said, Nassar’s sexual assaults continued.

Confronted by their mistakes, two FBI officials lied during interviews to cover up their errors, the report said.

At the time the allegations surfaced, one of the FBI agents, Jay Abbott, had been in discussions with USA Gymnastics officials about a job with the Olympic Committee. Mr Abbott retired from the agency in 2018.

The other, an unnamed employee, “is no longer a supervisor”, the FBI said on Wednesday, and will not work on FBI matters until an internal investigation is complete.

The internal review into the FBI’s handling of the Nassar case was launched in 2018 when the disgraced doctor was sentenced to decades behind bars.

He has been accused of sexual abuse by more than 330 women and girls from USA Gymnastics and the University of Michigan, including Olympic stars Simon Biles and Aly Raisman.

Rachael Denhollander, the first woman to publicly accuse Nassar of abuse, decried the lack of accountability in the wake of the report.

“This report lays bare the corruption, but it’s conclusion says ‘doesn’t matter’. Because nothing happens now,” she wrote on Twitter. “These agents retire on government pensions while survivors fight to stay alive.”