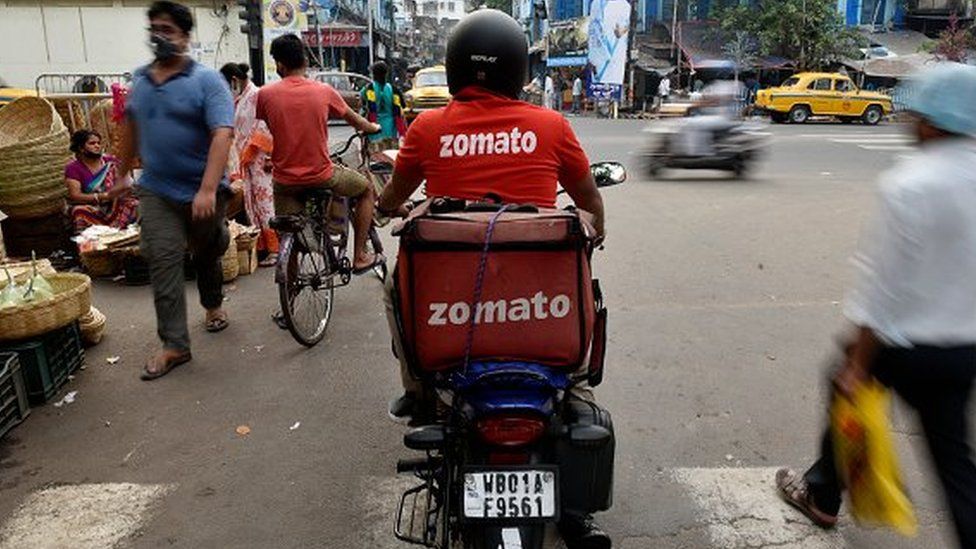 Food delivery app Zomato, one of India’s biggest tech start-ups, has gone on sale with a $1.2bn (£870m) initial public offering or IPO.

It raised $562.3m from institutional investors – they bid for 35 times more shares than allotted to them – ahead of the much-awaited offering.

But analysts are wary of the loss-making company’s high valuation.

Zomato, backed by Jack Ma’s Ant Group, is the first of India’s major digital start-ups to issue an IPO.

And more are expected. India has been throwing up unicorns, private firms valued at over $1bn (74.5 billion rupees), at a fast pace and many of them, such as mobile payments app, Paytm and retail firm, Nykaa, are expected to make a stock market debut in the coming months.

Zomato’s three-day offering – with shares priced between 72 to 76 rupees per share – is expected to take the company’s valuation to $9 billion. Trading in the stock is likely to begin on 27 July.

The IPO comes at a time when Indian and global markets are on a remarkable high. But India’s economy has been faltering from sluggish growth and rising unemployment, raising fears of a bubble that could be bolstered further by over-valued tech companies going public.

Launched in 2008 by Deepinder Goyal, Zomato offers food delivery and curates restaurant reviews. It’s available in 525 cities and caters to some 6.8 million customers every month – and has become a household name in India.

The pandemic and intermittent lockdowns that have been imposed across India to contain it have hit Zomato’s business – it’s revenue for the financial year ending March 2021 was down by 23.4% from the previous year.