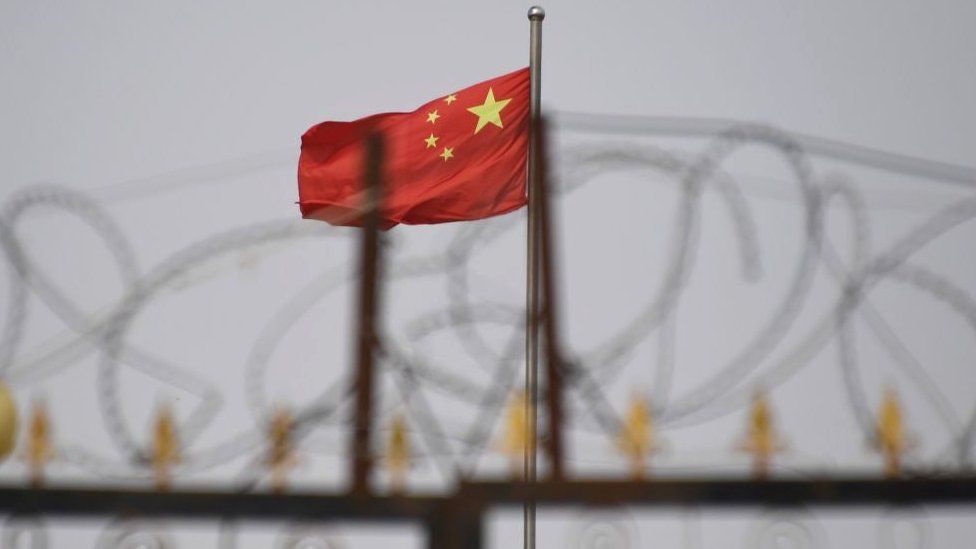 The US has issued a tough new warning to companies about doing business in China’s Xinjiang province.

American firms that still have supply chain and investment ties in the region were told they “could run a high risk of violating US law.”

Washington cited evidence of genocide and other human rights abuses in Xinjiang.

China has denied previous allegations that the region’s Uyghur population has been subjected to human rights abuses.

The Xinjiang Supply Chain Business Advisory was published jointly by the State Department, Treasury, Commerce, Homeland Security, Labor and the Office of the US Trade Representative.

“Businesses and individuals that do not exit supply chains, ventures, and/or investments connected to Xinjiang could run a high risk of violating US law,” said the updated advisory, which was first released in July last year.

In a press statement, Secretary of State Antony Blinken said the document noted that the Chinese “government is perpetrating genocide and crimes against humanity in Xinjiang”.

The announcement comes as Western governments harden their stance over companies operating in the north-western region of China.

On Friday, the Biden administration added 14 Chinese firms and other entities to its economic blacklist over alleged human rights abuses and surveillance in Xinjiang.

The move came after complaints from the European Uyghur Institute and other pressure groups that the retailers were profiting from the use of forced labour.

The Xinjiang region produces 85% of China’s cotton and accounts for about a fifth of global supplies.

Uyghurs have been detained at camps where allegations of torture, forced labour and sexual abuse have emerged. China has denied these claims saying the camps are “re-education” facilities aimed at lifting Uyghurs out of poverty.