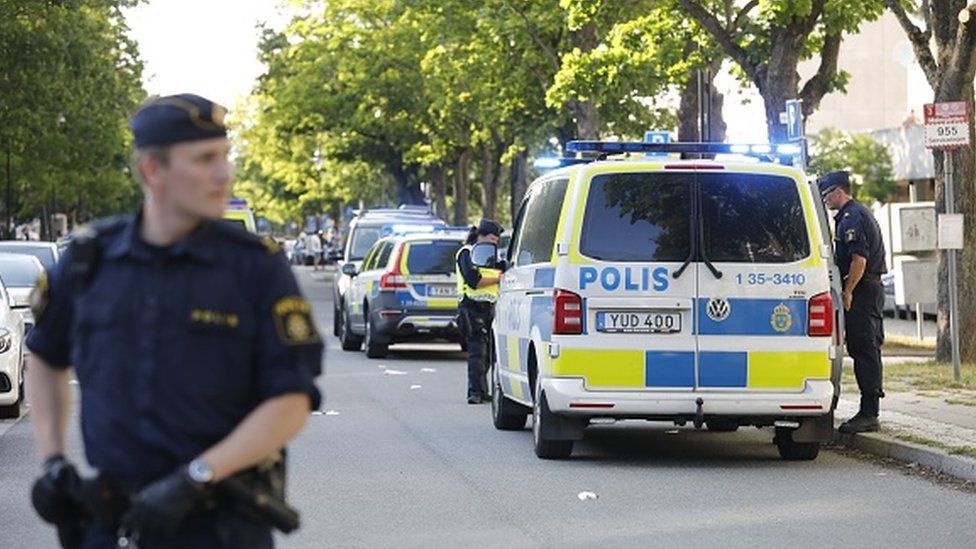 An award-winning Swedish rapper has been sentenced to 10 months in jail for conspiring to kidnap a rival artist.

Yasin Mahamoud, 23, was convicted of trying to lure the victim to a music studio in Stockholm in March last year.

The plot failed but the victim was kidnapped, beaten and robbed several weeks later without Yasin’s involvement.

The rapper denied the charges and his lawyer told local media he will appeal against the verdict.

Mahamoud – who is known just as Yasin in the music world – was jailed on Wednesday as part of a broader case involving a large criminal network accused of various crimes in the Swedish capital last year.

Some 27 people were convicted of serious crimes, including attempted murder, robbery and extortion, and imprisoned for a combined total of 147 years.

The leader of the network, Chihab Lamouri, 33, received the longest sentence of 17 years and 10 months in prison.

In a report, Swedish broadcaster STV said Lamouri had a role in organising the kidnapping plot involving Yasin, who was used as bait.

Prosecutors said the kidnapping was aborted, but a second plot involving another prominent Swedish rapper, Haval Khalil, was carried out weeks later in April.

Khalil told the victim to come to a flat, where he was blackmailed after being tied up, attacked and photographed in humiliating circumstances, prosecutors said.

The pictures were leaked on social media several weeks later when the victim refused to pay.

In court, prosecutors based much of their case on texts between the kidnappers on an encrypted messaging service, Encrochat.

On Wednesday, Khalil was among those sentenced. He was jailed for two and a half years for aiding and abetting the kidnapping – charges he had denied.

The sentencing of the two rappers has attracted widespread media attention in Sweden.

A rising hip-hop star from Stockholm, Yasin has released two chart-topping albums in Sweden since breaking through as a recording artist in the mid-2010s.

The rapper could not collect the award in person because he was in custody at the time in connection with the kidnapping.