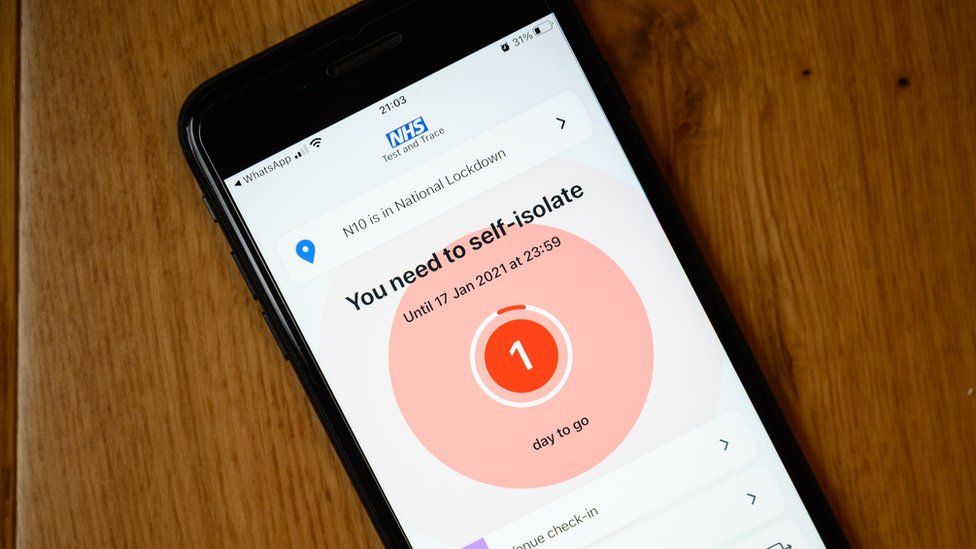 There is a battle over the future of the NHS Test and Trace app. Over the next few days it could either be effectively ditched as a key weapon in the battle against Covid-19, or become even more important as cases of the virus multiply.

A new poll suggests one in five people have deleted the app already. Ministers are suggesting it is sending out too many “pings” and its sensitivity may need to be adjusted.

On the other hand, the scientists and software developers working on the app are adamant that it is performing well, doing just what it was designed for.

The poll – by Savanta ComRes – for the Guardian, suggests young people in particular are giving up on the app, with a third of 18-34-year-old users saying they’ve already deleted it – and a third of the rest planning to do so over the next six days.

Stories such as the chaos at Heathrow when over 100 security staff were “pinged” into isolation can’t have helped, and with restrictions in England being lifted on Monday, it is understandable that many will want to avert any threat to their freedom.

A new update to the app on Monday will feature language stressing its advisory, rather than compulsory, nature.

Since nobody knows who has been pinged due to the privacy built into the system, that has always been the case. But making it clearer could send the message to many that they can simply ignore any alerts.

There have been discussions also about the sensitivity of the app and whether it should be tweaked so that it sends out fewer alerts. That will be a decision for the new Health Secretary Sajid Javid.

But the epidemiologists who advise him appear confident that the app is working – and perhaps better than ever before.

They point to a peer-reviewed paper in the journal Nature which showed that last autumn the app averted as many as 600,000 cases and could have saved up to 8,000 lives.

The scientists now believe that the app is only sending out so many pings because there has been a surge in cases – and so many people are coming into close contact as restrictions are relaxed.

In other words – it is working just as intended.

At the heart of this battle, there are plenty of misunderstandings about how the app and the wider manual contact tracing effort work.

The aim of contact tracing is to take people who might be infected with the virus after a close contact “out of circulation” before they can pass it on to others. Note the word “might” – the majority of those sent into isolation won’t turn out to be infected.

But if even a few are, then their isolation can help in the battle to stop the spread of the virus.

In that Nature paper, a key number leaps out. The SAR – the secondary attack rate – is the percentage of those sent into isolation after a close contact with someone infected, who then go on to test positive for the virus during their isolation period. Last autumn it was 6% for the app – which sounds low, but is roughly comparable to the rate for those phoned up and told to isolate by the manual, human-operated Test and Trace operation.

We know that the technology behind the app is far from perfect, but it appears to be about as reliable as asking people to remember their close contacts from the previous week.

The other misunderstanding is a tendency to blame the app for issues that are about wider health policy.

“Why is it sending me into isolation when I’ve had a negative test and have been double jabbed?” Well that’s the policy set for the manual tracing operation too, and this will change in mid-August when the app will ask you whether you have been fully vaccinated, and then just advise a test rather than isolation.

In the end, the app has been a giant experiment – not just in technology, but in human behaviour.

How will people react when an app notification rather than a phone call tells them to isolate? Does the theatre of scanning a QR code to register at a cafe encourage use of the app – and will people switch it off when that is no longer required?

The problem is that how the app works is pretty complicated – and the government has not always done a great job of explaining it.

If the war over its future ends in defeat for its supporters, a poor communications strategy will be partly to blame.