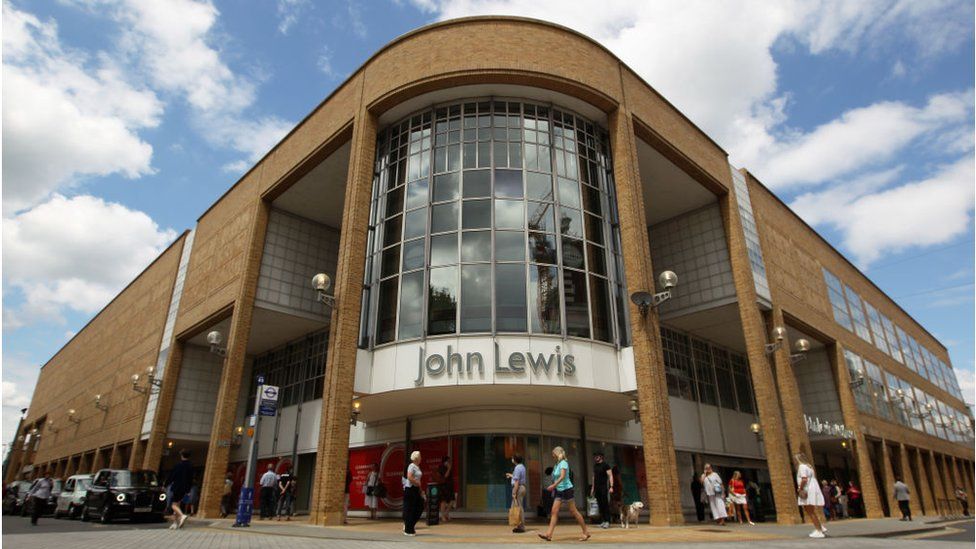 John Lewis and Waitrose are planning to cut 1,000 jobs as part of a shake-up of store management.

The move follows the closure of eight John Lewis shops earlier this year, which put almost 1,500 jobs at risk.

It said it would help affected staff find new roles and wanted to avoid compulsory redundancies.

The proposed job cuts “will allow us to reinvest in what matters most to our customers”, a John Lewis Partnership spokesperson said.

It will invest in customer service roles and “visual merchandising to make our shops look their best to entice customers”, the retailer said.

The cuts, which work out at nearly three management roles per store, will “reduce the number of layers between our most senior leaders and non-management” shop floor staff, it added.

The coronavirus pandemic accelerated a trend towards people shopping online instead of in stores.

John Lewis put in place a plan to adapt to the boom in online shopping last year, which included closing eight stores with the loss of 1,300 jobs.

It then announced a further eight department store closures this year, after the impact of the pandemic led it to report a hefty annual loss.

Earlier this month, the partnership announced plans to build 10,000 rental homes over the next few years to give it a stable long-term income.

At the moment, it has 34 John Lewis shops and 331 Waitrose stores and across the UK.

Its 80,000 staff are also partners in the business and usually get a share of the profits.

Susannah Streeter, senior investment and markets analyst at Hargreaves Lansdown, said that for John Lewis, “pivoting quickly to keep up with the accelerated shift in shopping habits brought on by the pandemic has been far from easy”.

Last year was the first time since 1953 that the company did not pay a bonus, “highlighting the once-in-a-generation challenge the partnership is facing”, she said.

The firm is spending £1bn over five years to speed up the move to online sales.

“To do that, it needs to make significant cost savings elsewhere,” Ms Streeter said. “Closing underperforming stores and reducing headcount is an inevitable consequence as chair Dame Sharon White tries to steer the ship towards the online shopping future.”

She added: “It’s becoming increasingly clear that John Lewis faces a future with a much smaller retail footprint.

“By evolving to become part of campus-style developments [with housing], the partnership may help distressed city centres find new leases of life and bring fresh energy back into the retail ecosystem.”