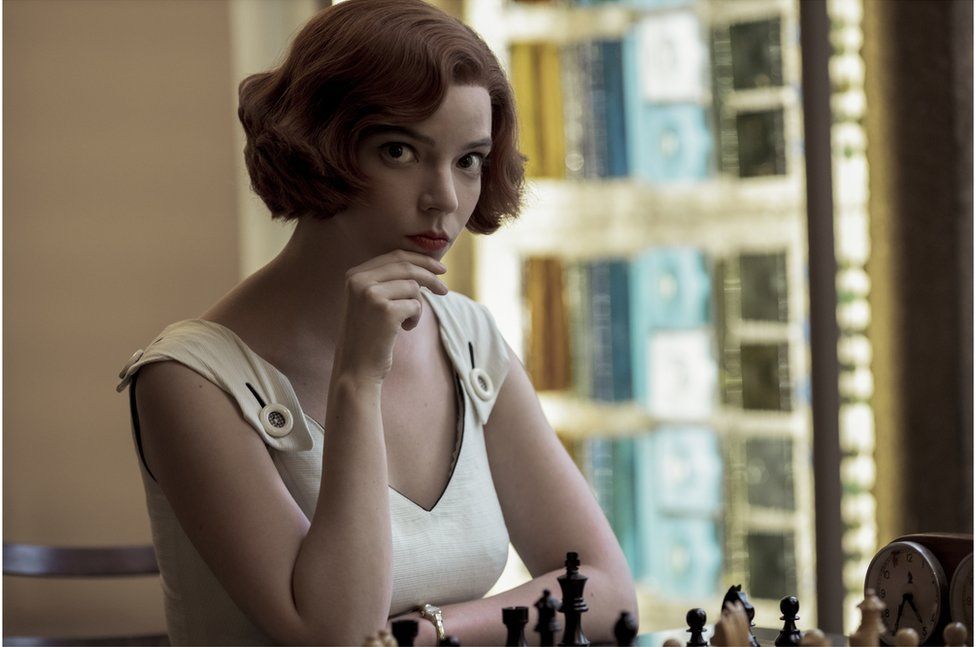 The Crown and The Mandalorian lead the charge for this year’s Emmy Awards, with 24 nominations apiece.

It is also up for best drama series, while Disney’s The Mandalorian is recognised in the same category.

Michaela Coel’s critically acclaimed I May Destroy You is nominated in the competitive limited series category.

The BBC One/HBO drama which charts the fallout of a sexual assault will be up against Mare of Easttown (HBO), The Queen’s Gambit (Netflix), Barry Jenkins’ Underground Railroad (Amazon Prime) and WandaVision (Disney+).

Possible British contenders including Steve McQueen’s Small Axe series and Russell T Davies’s It’s A Sin missed out in a tight category that only admits five nominations – whereas comedy and drama have eight each.

Coel is also up for best actress in a limited series/movie.

The Brits dominate that category, with Kate Winslet (Mayor of Easttown) and Cynthia Erivo (Genius Aretha) also in the running – their competition is Anya Taylor-Joy (The Queen’s Gambit) and Elizabeth Olsen’s superhero turn in Marvel’s WandaVision.

The Crown and The Handmaid’s Tale rule the supporting actress in a drama nominations, with Gillian Anderson (Margaret Thatcher), Helena Bonham Carter (Princess Margaret) and Emerald Fennell (Camilla Parker Bowles) all recognised for The Crown.

British men are also in a strong position for best actor in a limited series/movie, with hopes resting on Paul Bettany (WandaVision), Ewan McGregor (Halston) and Hugh Grant (The Undoing).

They’ll be up against Hamilton’s Lin-Manuel Miranda and Leslie Odom Jr for Disney + – a film of the musical that was supposed to be released in cinemas but changed tack due to the pandemic.

Shows with the most nominations

In the best supporting actor in a drama series, there are three nods for The Handmaid’s Tale for Bradley Whitford, Max Minghella and OT Fagbenle. Tobias Menzies is also in the mix for his role as the Duke of Edinburgh in The Crown.

Star Wars spin-off show The Mandalorian was mainly recognised in the technical categories.

Best drama nominees alongside The Crown and The Mandalorian are The Boys, Bridgerton, The Handmaid’s Tale, Lovecraft Country, Pose and This Is Us.

Horror series Lovecraft Country also earned recognition for its stars Jurnee Smollett and Jonathan Majors in the best actress/actor in a drama, despite HBO cancelling the show after just one season.

Other lead actress nominees in the former category alongside The Crown’s Colman and Corrin and Smollett are Uzo Aduba (The Treatment), Elisabeth Moss (The Handmaid’s Tale) and Pose’s MJ Rodriguez, who becomes the first trans woman to be nominated for a major acting Emmy.

Bridgerton’s popular star Regé-Jean Page – who won’t be returning for series two – is up for best lead actor in a drama, as is Sterling K Brown (This Is Us), Billy Porter (Pose) and Matthew Rhys (Perry Mason).

They’ll be up against the aforementioned Josh O’Connor and Jonathan Majors.

Jason Sudeikis is up for best comedy actor for his turn as Ted Lasso, a US American football coach employed to be a football manager in the UK.

Wins for Ted Lasso would mark a breakthrough for Apple TV – Netflix has never won a series award at the Emmys either.

Ted Lasso and Saturday Night Live (SNL) dominate both the supporting actor and actress categories for comedy series, with Kenan Thompson, also nominated as leading actor in a comedy series in his self-titled show, recognised here too for SNL.

Lead actress in a comedy nominees are Aidy Bryant for Shrill, Kaley Cuoco for The Flight Attendant, Allison Janey for Mom, Tracee Ellis Ross (Black-ish) and Jean Smart for Hacks.

Bryant is also up for best supporting actress for her work on SNL.

Smart also gets a second nomination in the best supporting actress in a drama category for Mare of Easttown,

RuPaul’s Drag Race and The Voice are among the nominees for best reality programme.

The Emmy awards are considered the biggest US event of the year for TV. The ceremony takes place on 19 September.

Cedric the Entertainer, who stars in the Eye Network comedy The Neighbourhood, will host an awards show with a limited in-person attendance due to the pandemic.

The Emmys are voted for by more than 25,000 members of the USA’s Television Academy, which represents those in front and behind the small screen.