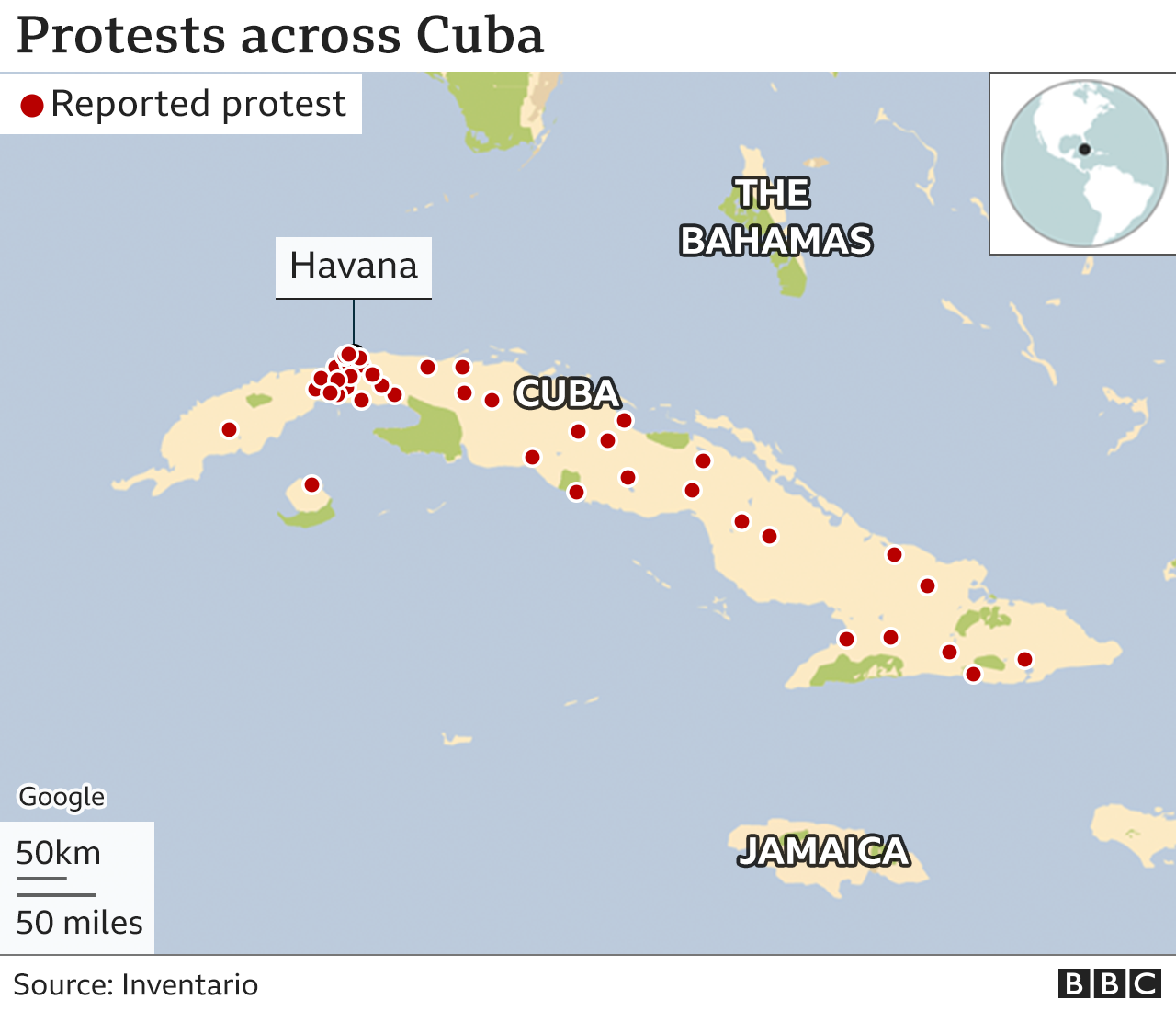 Cuban authorities have confirmed that a man was killed during unrest in the country – the first confirmation of a death since the protests broke out.

State media say Diubis Laurencio Tejeda, 36, died in a suburb of the capital Havana on Monday.

According to officials, he was part of a group that attacked a government facility. But witnesses say security forces targeted members of the group.

Thousands took to the streets to demonstrate over the collapse of the economy, food and medicine shortages, price hikes and the government’s handling of the Covid-19 epidemic.

Such unauthorised public gatherings are illegal in Cuba.

President Miguel Díaz-Canel has called demonstrators “counter-revolutionaries” and his government has laid the blame for the unrest on the US and its economic sanctions.

On Tuesday the police were out in force on the streets. More than 100 people have been arrested and many relatives are looking for information on their whereabouts.

There were also reports of internet blackouts across the island. Cuba rolled out access to mobile internet in December 2018 but is controlled by the state.

Among the demonstrators, artists and reporters detained is Cuban journalist Camila Acosta, who writes for Spanish newspaper ABC.

Spanish Foreign Minister José Manuel Albares called for her immediate release in a tweet on Tuesday, and asked Cuba to respect people’s right to demonstrate “freely and peacefully”.

A young man who only gave his name as Carlos Alberto told BBC News Mundo he was hiding at his girlfriend’s home after taking part in a demonstration.

“A colleague of mine was arrested, they came to look for him at his home. I’m afraid the same thing could happen to me,” he said.

“We weren’t doing anything bad, we’re just asking for freedom and with this attitude they’re showing what they are: a dictatorship,” he told BBC Mundo’s Lioman Lima over the phone.