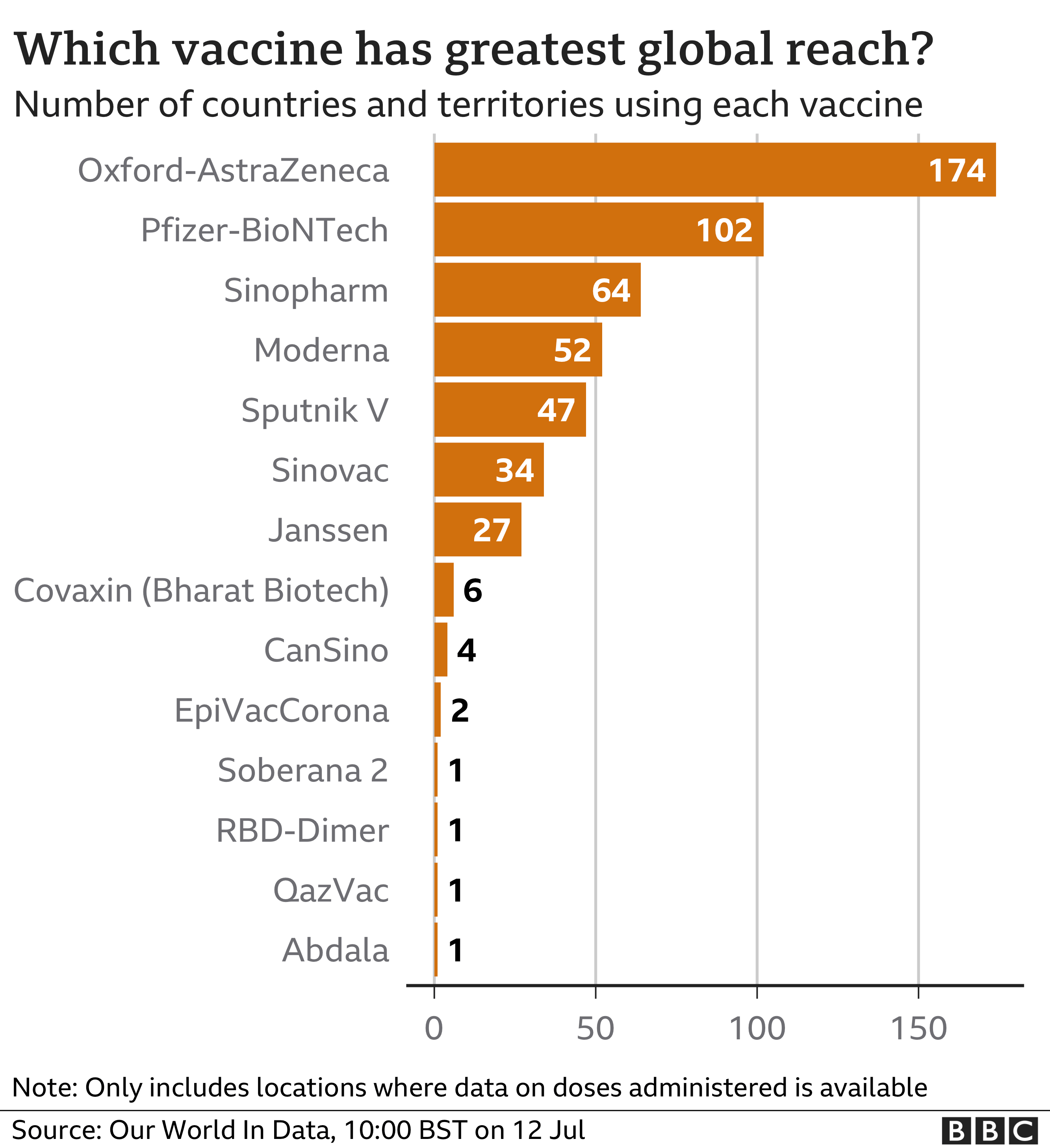 More than three billion doses of coronavirus vaccines have been administered, in over 190 countries worldwide.

However, there are vast differences in the pace of progress in different parts of the world.

Some countries have secured and delivered doses to a large proportion of their population – but others are some way behind.

Please upgrade your browser to see the full interactive

Who is receiving vaccines?

With an aim to give doses to nearly every adult around the world, this is the largest vaccination programme in history.

China and India have administered the highest number of doses, with about 1.4 billion and 370 million respectively. The US ranks third, with more than 330 million.

While countries in Europe and the Americas are progressing well with their vaccination campaigns, many states in Africa are experiencing supply issues.

No vaccine data available. In some cases there may be a delay between announcements of vaccine programmes getting underway and data on doses delivered becoming available.

Many poorer countries are relying on deliveries from Covax, a scheme led by Gavi, the Vaccine Alliance, together with the World Health Organization (WHO) and the Coalition for Epidemic Preparedness Innovations (CEPI), which is trying to ensure everyone in the world has access to a Covid vaccine.

Covax plans to deliver about two billion vaccine doses globally by the end of the year, but many vaccines require two doses per person.

Leaders of the G7 countries have pledged to supply one billion vaccine doses to poorer countries, either directly or through the Covax scheme.

Which vaccines are in use?

The vaccine produced by Pfizer and BioNTech was the first approved by the WHO, followed by several others.

The Oxford-AstraZeneca vaccine is now the most widely used around the globe.

Unlike Pfizer’s jab – which has to be kept at an extremely cold temperature (-70C) – the Oxford vaccine can be stored in a normal fridge, which makes it easier to distribute.

Most governments are starting with doses for the over-60s, health workers and people who are clinically vulnerable.

In countries such as Israel and the UK, there are already promising signs the vaccines are reducing hospital admissions and deaths.

Worldwide, more than 200 possible vaccines are undergoing trials to test their efficacy and safety.

Our World in Data, a collaboration between Oxford University and an educational charity, collated the information in the map and table above.

Population figures have been sourced from the United Nations’ mid-2020 estimates, and UK data from official government sources and the Office of National Statistics.