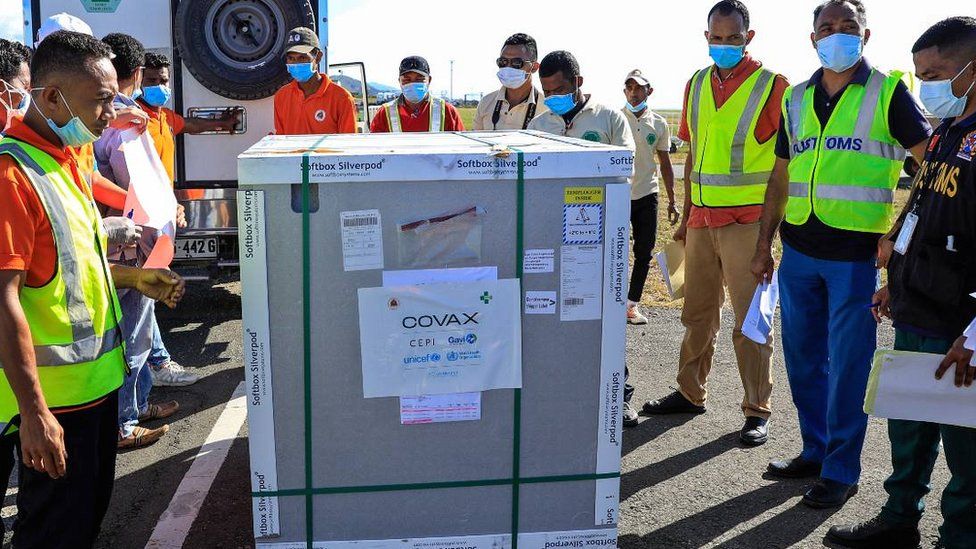 The G7 group of leading industrial nations have pledged to donate one billion coronavirus vaccine doses to poorer countries.

President Joe Biden, in the UK for a G7 summit, said the US contribution of 500 million doses would be “the largest single…donation of Covid-19 vaccines by any single country ever”.

What’s been the response to the pledges?

Over 870 million additional doses were pledged at the G7 summit, bringing total commitments made since February 2021, to one billion.

“We need more, and we need them faster,” said the head of the World Health Organization Tedros Ghebreyesus in his response to the G7 pledge. “Many other countries are now facing a surge in cases – and they are facing it without vaccines.”

South African President Cyril Ramaphosa said: “Even a billion vaccines, when we talk about two dose vaccines, it basically means 500 million… we need much more than that,”

“We want to manufacture vaccines on our own, and we don’t have the capacity.”

The US has agreed to purchase 500 million doses from Pfizer-BioNTech vaccine at a “not for profit” price.

Mr Biden vowed the US would be “the arsenal of vaccines in our fight against Covid”.

Five million UK vaccines will be donated by the end of September, and another 25 million by the end of 2021. Most of the UK doses (80%) will go via Covax.

How many vaccines are needed for poorer countries?

The scale of the task is huge, and vaccines are needed immediately.

At a summit in early June, hosted by the Global Alliance for Vaccination and Immunisation (Gavi), it was announced that so far, more than 132 million doses had been shared by various countries.

This included more than 54 million doses available for short-term supply donated by Belgium, Denmark and Japan, as well as additional supplies from Spain and Sweden.

“The challenge is given the variants, given the movement of the virus, to get these vaccines available across the world as soon as possible,” Seth Berkley, the chief executive of Gavi told the BBC.

He said Covax had already ordered more than 2.5 billion doses, but these wouldn’t come until the latter part of the year.

“To vaccinate at least 10% of the population in every country by September, we need an additional 250 million… vaccine doses,” says Tedros Ghebreyesus of the WHO, of which 100 million are needed in June and July.

The original Covax objective was to deliver two billion doses of vaccine worldwide by the end of this year, but the aim now is to get 1.8 billion doses to 92 lower income economies by early 2022.

And all these commitments are a long way off the 11 billion doses the WHO estimates are needed to vaccinate the whole world to a level of 70%, the point at which transmission of the virus could be significantly reduced.

The Covax scheme has mostly relied so far on the Oxford-AstraZeneca vaccine produced in India.

However supplies were severely hit in March, April and May after India halted all major exports of the vaccine when it was hit by its own major second wave of the pandemic.

A total of 1.1bn doses of Covishield (AstraZeneca) were ordered from India’s largest manufacturer – the Serum Institute of India (SII).

It says exports will only resume by the end of the year and that the company is focusing on meeting India’s own needs.

There has also been an issue in some countries about the slow uptake and distribution of vaccines already delivered, with some African nations unable to use doses before they expire.

“While more vaccines are vital, some African countries must ramp up actions to swiftly roll out the vaccines they have,” the WHO said.