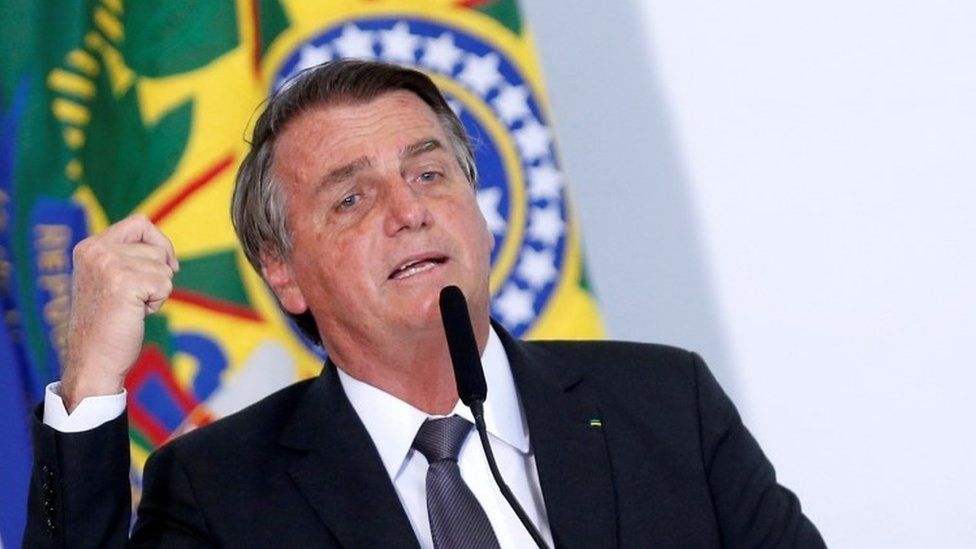 Brazilian President Jair Bolsonaro has been taken to hospital for tests after suffering persistent hiccups, his office says.

He is expected to remain under observation for 24 to 48 hours, but not necessarily in hospital.

A statement by staff said he was “feeling good and doing well”.

There have been concerns about the far-right leader’s health since he was stabbed in the intestines while campaigning in 2018.

Mr Bolsonaro was seriously wounded in the attack and lost 40% of his blood.

He has had several operations since the stabbing.

Medical experts say the hiccups could be related to irritation of the esophagus following abdominal surgery.

Media reports say he has also been suffering abdominal pains.

But it has also been suggested that the hiccups are linked to dental surgery he underwent earlier this month, as they started shortly afterwards.

After two-and-a-half years of a controversial presidency, Mr Bolsonaro is under growing pressure over his handling of the Covid-19 pandemic.

At the beginning of the month, tens of thousands of people took to the streets to protest over allegations of corruption involving the purchase of vaccines.

The Brazilian leader has been heavily criticised for a lack of a national response to the crisis and his scepticism toward vaccines, lockdowns and mask-wearing requirements.

Last month, deaths with the virus in Brazil passed 500,000 – the second-highest in the world after the US.

Mr Bolsonaro himself caught Covid-19 a year ago but has fully recovered.