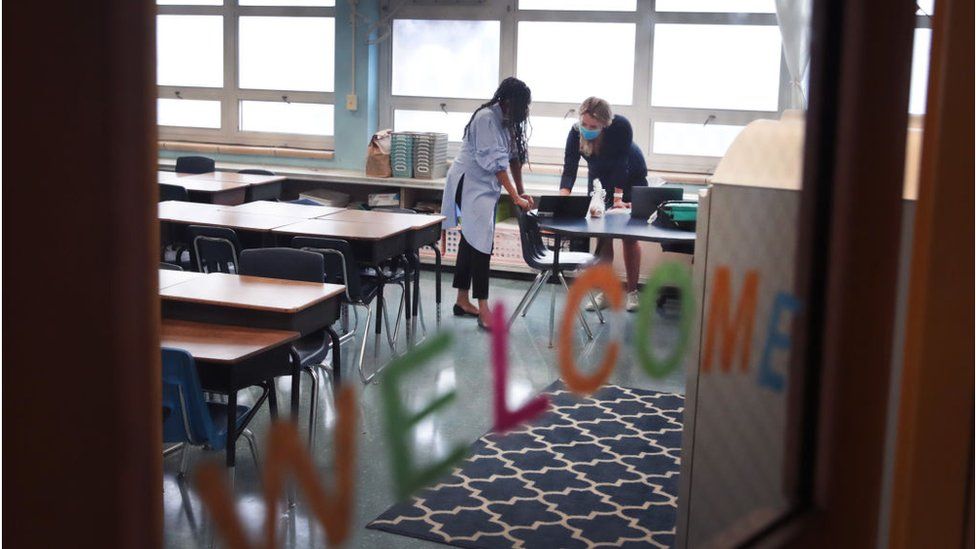 Illinois has become the first US state to require teaching Asian American history in government-run schools.

Attacks on Asian Americans have been rising since the start of the pandemic, and state officials say the law will combat false stereotypes and bigotry.

Schools will be required to teach about the contributions of Asian American communities to the development of the US, as well as civil rights history.

“We are setting a new standard for what it means to truly reckon with our history,” Democratic Governor JB Pritzker said on Friday after signing the bill into law. “It’s a new standard that helps us understand one another.”

Students next year will learn how Asian Americans were involved with “the economic, cultural, social and political development of the United States”, as well as the history of Asian Americans in Illinois and the Midwest, specifically.

Illinois schools must add a unit on this material for elementary and high school students, though some experts say without providing adequate resources to teachers, it is unclear how impactful the measure will be overall.

Support for the Teaching Equitable Asian American History Act gained traction after mass shootings earlier this year. In March, eight people, including six Asian women, were killed at two Atlanta, Georgia, spas; in April, four members of the Sikh community were shot dead at a FedEx store in Indianapolis, Indiana.

Last year, the advocacy group Stop AAPI Hate said it received more than 2,800 reports of hate incidents directed at Asian Americans and Pacific Islanders nationwide, though it is difficult to determine exact numbers for such attacks.

Advocates say these incidents are hate crimes linked to rhetoric blaming Asian people for the spread of Covid-19.

Illinois’ new law comes at a time when America’s racial history – and how to teach it – is also under intense debate.

Some school districts have made similar attempts to overhaul ethnic studies, though legislators in conservative states have sought to limit teaching about racism and white privilege, arguing a focus on these concepts is divisive.

Ellen Wu, a professor of history and Asian American studies at Indiana University, applauded Illinois for “setting a new bar” in education.

“As anyone who teaches knows, introducing new materials into a curriculum takes significant effort to make all the pieces fit together,” she told the BBC. “I hope that as the plan rolls out, instructors will be able to access what they need for effective lessons.”