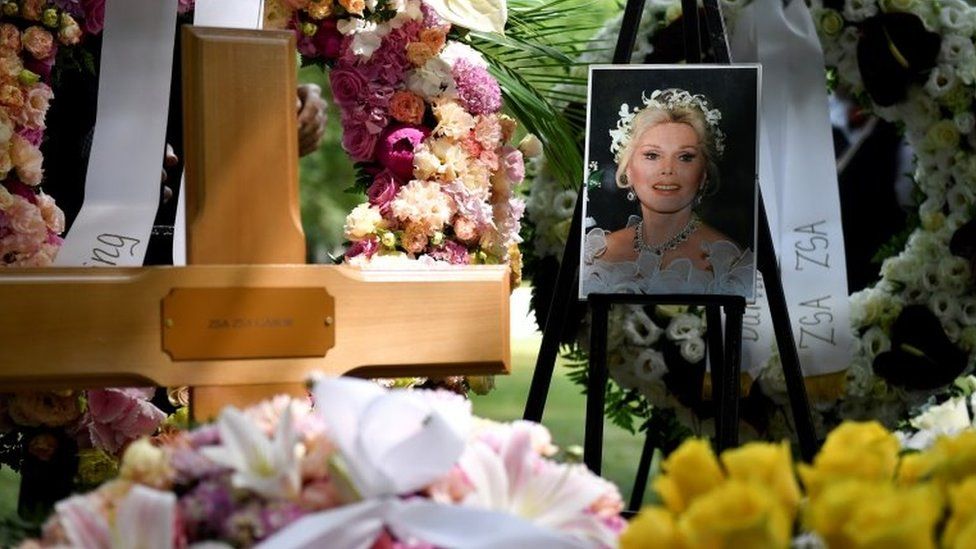 The ashes of Hollywood star Zsa Zsa Gabor have been interred in a ceremony in her native Hungary.

The legendary actress, who starred in films like Lili and Moulin Rouge, became notorious for her quick-witted comments and many marriages.

The star died aged 99 in 2016. Her final husband accompanied her ashes to a cemetery in Budapest for burial.

Frederic von Anhalt said Gabor had expressed in her will that she wanted to return to Hungary after her death.

He said he had made the trip via London and Germany, telling Reuters news agency he wanted the ceremony for Gabor to be “a celebration of life, not a funeral”.

The actress, a star of the golden age of Hollywood, was born Sari Gabor in Budapest in 1917.

Given the nickname Zsa Zsa by her family, she was crowned Miss Hungary before moving to the US to pursue acting.

Gabor appeared in dozens of films across her career but was more famous for her glamorous celebrity lifestyle and nine marriages – including to British actor George Sanders and hotel magnate Conrad Hilton.