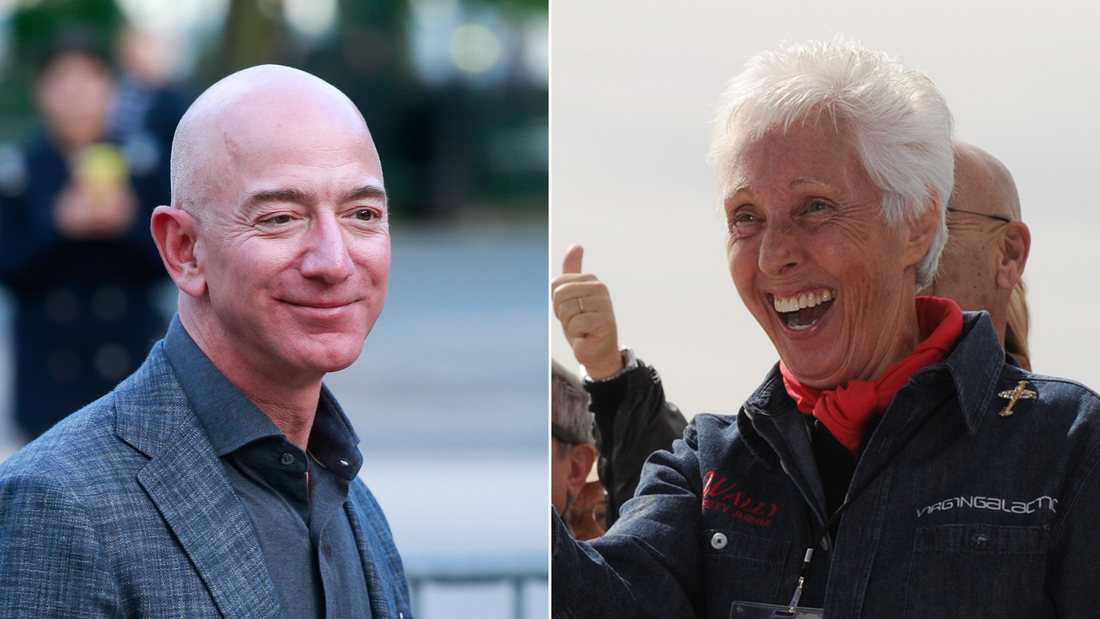 New Delhi (CNN Business)Indians on Twitter — from top politicians to business executives — are celebrating one of the women who flew to the edge of space along with Richard Branson.

Sirisha Bandla, who is the vice president of government affairs and research operations at Virgin Galactic (SPCE), roared into the sky over New Mexico early Sunday along with Branson and two other employees, Beth Moses and Colin Bennett.

According to the US Embassy in India, Bandla is the third Indian-origin woman to fly into space after Kalpana Chawla and Sunita Williams, both American citizens.

In 2003, Chawla became the first India-born woman to travel into space aboard the space shuttle Columbia. All seven astronauts on that shuttle were killed when they tried to re-enter the Earth’s atmosphere.

Bandla was born in India’s southern Andhra Pradesh state and began working at Virgin Galactic in 2015, reported CNN affiliate News 18. The company did not immediately respond to an email from CNN Business.

Her flight has sparked excitement among many famous Indians, including the the country’s vice president Venkaiah Naidu, who tweeted that she will be a role model for girls everywhere.

Billionaire and chairman of Mahindra Group, Anand Mahindra, also congratulated Bandla on Twitter (TWTR), and said her flight is a sign that India’s women are “breaking glass ceilings” everywhere.

For the past decade, India’s foray into space exploration has been marked with low budget but ambitious missions. India has been quickening its pace as it tries to compete with other Asian countries, pursuing major moon missions.

On Sunday, Branson became the first person to ride into space aboard a rocket he helped fund. Before the crack of dawn, he along with his crewmembers boarded the SpaceShipTwo, a winged plane with a single rocket motor that his company, Virgin Galactic, has spent nearly two decades developing.

This flight, which came just nine days before Amazon (AMZN) billionaire Jeff Bezos is slated to rocket into suborbital space aboard his own company’s spacecraft, is a landmark moment for the commercial space industry. The up-and-coming sector has for years been seeking to make suborbital space tourism (a relatively simple straight-up-and-down flight, as opposed to orbiting the Earth for longer periods) a viable business with the aim of allowing thousands of people to experience the adrenaline rush and sweeping views of our home planet that such flights can offer.

Branson and Bezos are situated to become direct competitors in that industry, each offering tickets to wealthy customers for brief rides to the upper atmosphere aboard supersonic, rocket-powered spacecraft.

Virgin Galactic plans to conduct just one more test flight before it will begin flying paying customers. More than 600 people have reserved tickets priced at $200,000 to $250,000 so far. The company is expected to reopen ticket sales soon, though at a higher price point.

— Jackie Wattles contributed to this report.