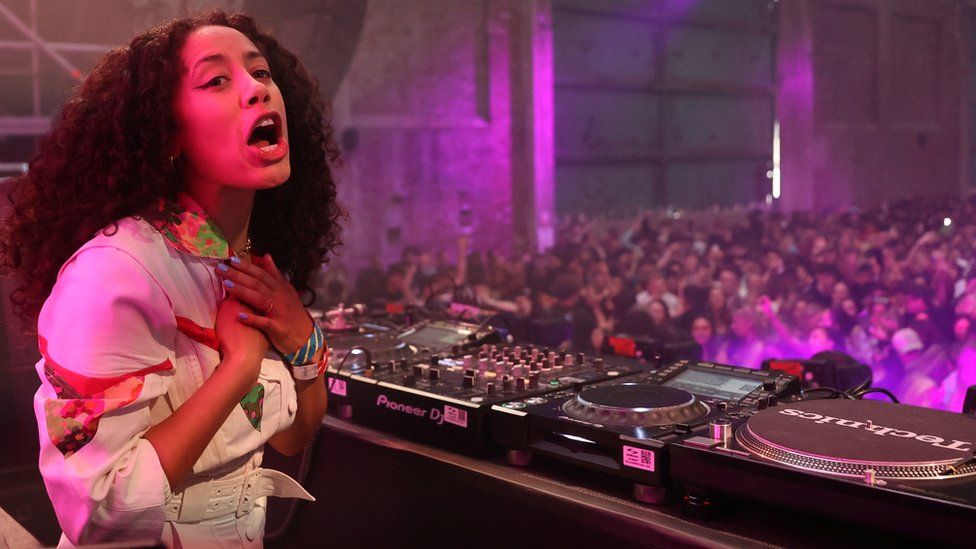 Government guidance urging nightclubs to make their customers show Covid passports has been branded unfair and unworkable by those running them.

Venues have been advised to ask for the NHS Covid pass or a negative test result when they reopen on 19 July.

But operators said not making the move mandatory was passing the buck.

And the Night Time Industries Association called it “disingenuous and unclear”, questioning how voluntary it really was.

Michael Kill, who runs the association, told the BBC he had received inquiries from members seeking clarification.

Mr Kill said that although the policy was not mandatory at present, it could turn out that venues were “in the hands of local public health directors” who could force them to comply.

The government has also said it “reserves the right” to force venues to require people to show their Covid passport or proof of a negative Covid test in order to be allowed in.

Mr Kill said the government seemed to be “gauging the public narrative” before deciding how tough to be, adding that this was likely to cause “some level of chaos”.

He accused the government of replacing the old clubland mantra of “Rave, sleep, repeat” with “Leak, listen, then release”.

The government declined to comment on Mr Kill’s remarks.

One major nightclub firm, Rekom UK, which owns 42 venues including chains Pryzm, Bar&Beyond, Eden and Fiction, said on Monday it would not be asking for Covid passports.

Its chief executive, Peter Marks, told the Press Association news agency his clubs would be reopening “at full capacity and without any requirement for a negative Covid test”.

However, he declined to comment when contacted by the BBC on Tuesday.

Other nightclub operators contacted by the BBC expressed frustration at what they saw as the government making them bear all the responsibility.

Tristan Moffat, operations director of the Piano Works, which has two London venues and will not be asking to see Covid passports, said: “It’s like we’ve been given a rope to hang ourselves with.

“If it all goes wrong, we’ll be closed down again and the buck will be passed back to the operators.”

He added that 90% of their customers were aged 20 to 35, precisely those who had not had the chance to be fully vaccinated.

“In an already nervous environment, this just adds another layer of fear and nervousness,” he said.

“It’s not fair – the government should either mandate something or not mandate it.

“They’ve been writing cheques of hope that we can’t cash. Confidence is slipping away and we’re the ones to suffer.”

Another proprietor, pub owner Julie Spensley, whose son Stephen also owns a bar and a nightclub in Middlesbrough, said it would take up to 10 times longer to admit revellers if they had to show Covid passports.

She said: “Unless it’s mandatory, we will not be introducing it.”

Speaking to the BBC’s Today programme, Mrs Spensley, who co-owns the Dickens Inn with her husband Tony, said the advice was “very unworkable for venues such as late bars and nightclubs”.

Her son, Stephen Spensley, owns the TS One bar and Spensley’s Emporium nightclub, also in Middlesbrough.

“Nightclubs and late bars have queues outside and that’s the way they operate,” she said.

Staff already had to check customers’ ID to make sure they were old enough to be let in, so imposing further checks would not be practical, she added.

She stressed that she wanted people to stay safe, but questioned the wisdom of tighter restrictions on night-time venues when the government was easing the rules on social distancing and mask-wearing.

How can I get a vaccine passport?

People in England can do this by requesting an NHS Covid Pass via the NHS website or the NHS app.

Once logged in, an NHS Covid Pass can be requested. The system generates a QR code, which lasts for 28 days.

An NHS Covid Pass can be obtained two weeks after a second dose of the Covid vaccine, as long as both doses were given in England.

A pass can be requested if you’ve had a negative PCR test or lateral flow test result within the past 48 hours, which you have reported on the NHS website. These passes last 48 hours after the test result.

Alternatively, a pass can be given following a positive PCR test result within the last six months, and when self-isolating has finished. The pass lasts for 180 days after the test result.

People who have had both their jabs can also request an NHS Covid Pass letter by calling 119. This only shows vaccination status and has no expiry date.

Are you a nightclub owner? Are you confused by the guidance? Please share your thoughts by emailing haveyoursay@bbc.co.uk.