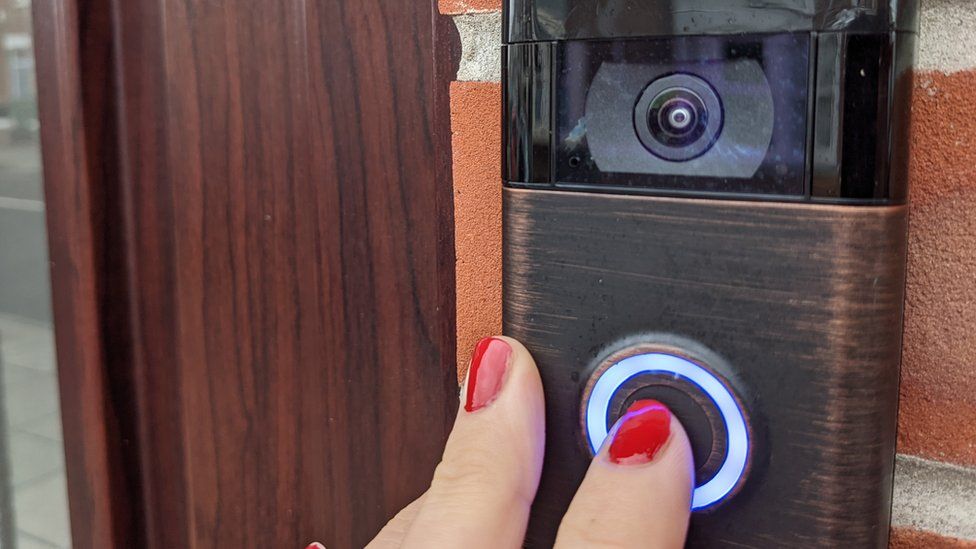 Amazon is to offer end-to-end encryption for videos captured by the Ring doorbell worldwide, following a successful trial in the US.

It means that only the smartphone on which the video is received will be able to view the files.

End-to-end encryption is a security feature favoured by privacy-focused messaging services such as WhatsApp.

However, some governments, including the UK, say it makes law enforcement more difficult.

Ring says police in the UK only have access to data that Ring owners choose to share – but adds that globally, “applicable laws” may limit the availability of end-to-end encryption “in some areas”. It declined to name them.

Ring video footage is stored on Amazon web servers but end-to-end encryption means the tech giant will not be able to view it, or hand it over.

“Consumers’ choice to buy a camera cannot and should not be a way to launder mass surveillance and streamline digital racial profiling,” it said.

“When you’re transmitting any information that’s sensitive it’s always wise to encrypt it, and lots of people would say the area outside their house is private,” said Prof Alan Woodward, a cyber-security expert from Surrey University.

Other new security features including the option of authenticator apps – an extra security log-in step, and using Captcha images will also be added.

The firm said it has a mission to make “neighbourhoods safer with the utmost privacy, security and user control”.

However, in Seattle, Amazon faces legal action over a decision to open up a range of its products, including the Ring doorbell, to connect to each other using home owners’ broadband without consent – a scheme known as Sidewalk.