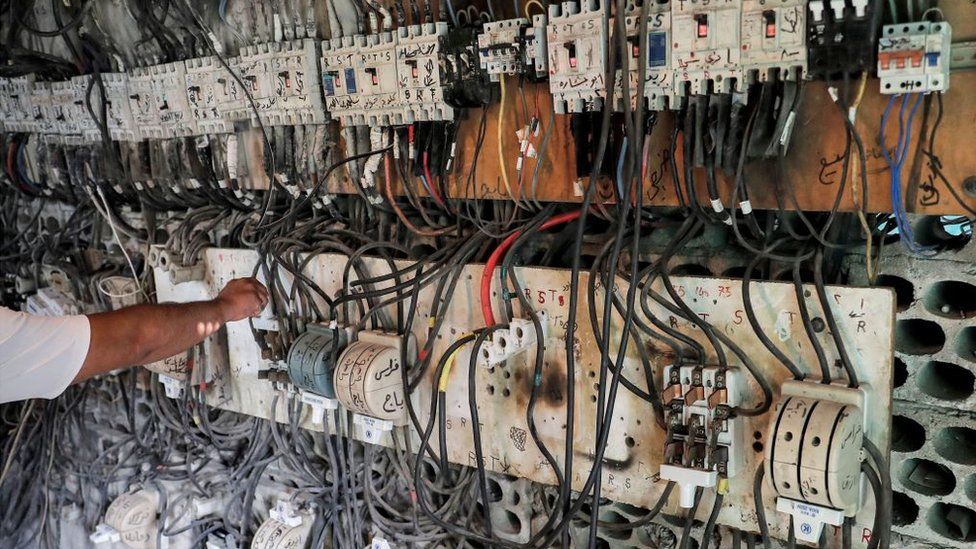 Lebanon’s two main power plants were switched off on Friday, plunging much of the country into a near-total blackout.

The shutdown – caused by the two plants running out of fuel – worsens a crisis that has seen people receive just two hours of electricity a day.

A lack of foreign currency has made it hard to pay overseas energy suppliers.

Pharmacies have also gone on strike over medicine shortages caused by the failure to pay foreign importers.

Lebanon’s two biggest power stations, Deir Ammar and Zahrani – which together provide about 40% of the country’s electricity – shut down on Friday, their owner Electricite Du Liban (EDL) said.

Ships loaded with gas oil had refused to offload the fuel before money was transferred to their owners’ accounts in dollars.

In the eastern city of Zahle, EDL asked residents to reduce their consumption to a minimum, saying the “power supply has been cut across Lebanese territories indefinitely”.

As the BBC’s Sebastian Usher notes, swathes of the country are now facing water rationing as well. The pumping stations are powered by diesel, and lack the supplies they need to function.

Lebanon has suffered a severe economic crisis over the past 18 months, and its currency – the Lebanese Pound – has collapsed to record lows.

Pharmacies closed their doors on Friday in protest at the shortages.

The association of pharmacy owners announced a “general open-ended strike across Lebanon”, claiming 80% of stores in the capital Beirut were shut.

The failing economy has left half the population living in poverty and prompted mass protests, demanding the removal of a political elite accused of corruption and negligence.

Power cuts are not unusual in Lebanon – the country hasn’t had 24/7 electricity for decades.

State-generated power was rationed, and people filled in the gaps by plugging in to a parallel system of private generators.

Today, it wasn’t just a gap. For the first time, the entire grid went offline, and the private generators became the only source of power.

But they too are under pressure. They run on diesel, which is hard to find, and they simply don’t have the capacity to completely replace state electricity. On top of this, they have become very expensive, and thus unaffordable for a lot of people.

This means that most people in Lebanon are currently facing long hours of total blackout.

Lebanon is currently facing financial and economic collapse. It’s hard for the people here to see the light at the end of the tunnel. Literally.