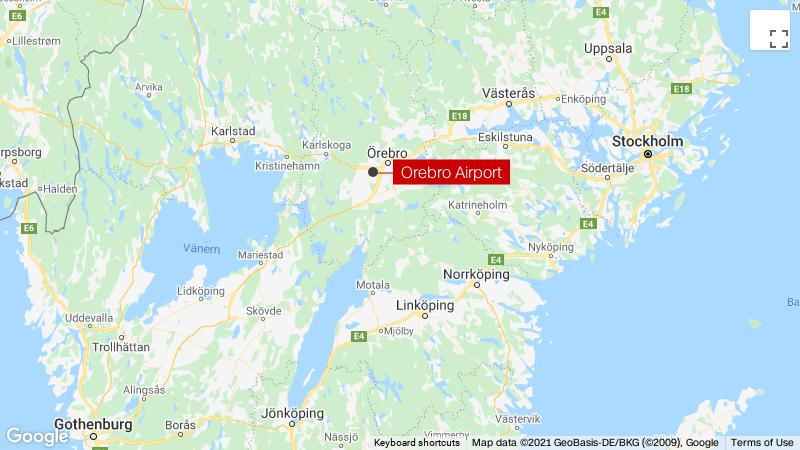 (CNN)Nine people have been killed after a plane carrying skydivers crashed near the runway at Orebro airport in Sweden.

A small aircraft with one pilot carrying eight parachuters crashed at 7.23 p.m. local time on Thursday shortly after takeoff and then caught fire, killing everyone on board “in a very severe accident,” Erik Hiding of Orebro police told CNN.

“There were no lives to save” when the rescue service arrived at the accident site, fire chief Per-Ove Staberyd told reporters on Friday.

According to CNN affiliate Expressen, Peter Swaffer of the Accident Investigation Board said the plane had problems early in its flight. “It happened at a very early stage at the start, so it [the plane] never came up very high,” he said.

The police did not confirm to CNN what model of aircraft was involved, but local media reports said it was a DHC-2 Turbo Beaver.

The plane had been rented by Orebro’s parachuting club, Anna Oscarson, communications manager at the Swedish Parachute Association told Swedish broadcaster TV4. “Usually you parachute most on the weekends, but now they had rented a plane to jump more intensively throughout the week,” she said.

Police have opened an investigation into the crash and cannot confirm its cause until it is complete, Erik Hiding of Orebro police told CNN.

Orebro is one of Sweden’s largest inland cities, located about 125 miles west of the capital, Stockholm.

He said: “It is with great sadness and dismay that I tonight have received the tragic information about the plane crash in Orebro. I am thinking of the victims, their families and loved ones in this very difficult time. I want to express my deepest sympathy for their grief.”