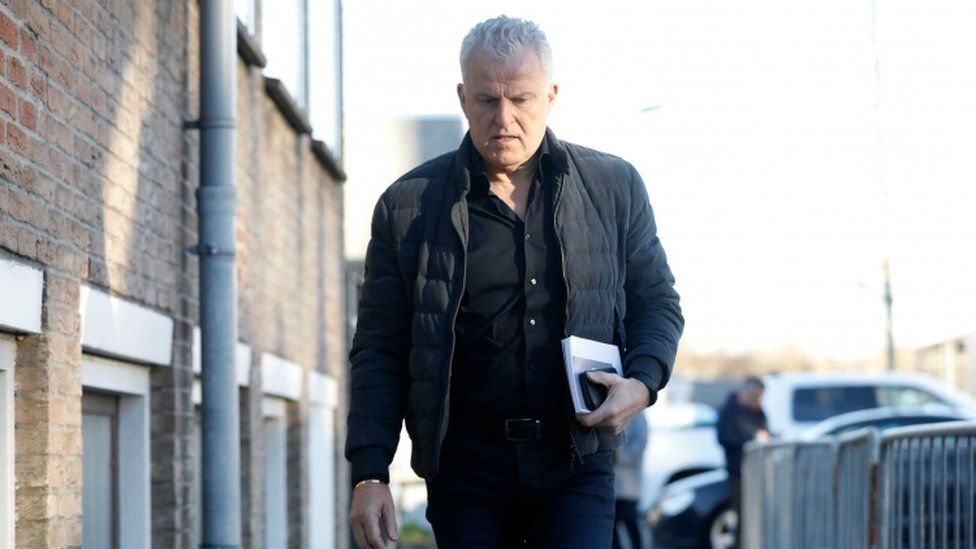 For decades, Peter R de Vries has been the bane of the criminals in the Netherlands.

The 64-year-old crime journalist has thrived off solving cold cases and investigating mob bosses without fear or favour, earning him plaudits and a glowing reputation.

But that reputation has made him a target as well as a celebrity. For him, death threats have become routine.

Now that job has apparently put him in the firing line.

Mr de Vries was gunned down on a busy street in central Amsterdam as he left a TV studio on Tuesday night, leaving him fighting for his life. Two suspects are in police custody.

The shooting has stunned the Netherlands, where gun violence is rare but killings linked to organised crime are a grim fixture of life.

From the 1980s, Mr de Vries made a name for himself investigating those killings and other criminal cases of national interest.

His reporting on the 1983 kidnapping of beer magnate Freddy Heineken for the newspaper De Telegraaf propelled him into the nation’s consciousness.

He wrote two books based on his investigations. The first was the Heineken Case, which was released in the same year as the kidnapping. This was followed in 1987 by the Kidnapping of Alfred Heineken, a novel from the perspective of one of the kidnappers, Cor van Hout.

Based on interviews with van Hout and a second kidnapper, Willem Holleeder, the book became a best-seller.

In 1994, Mr de Vries tracked down a third kidnapper, Frans Meijer, in Paraguay, where he was hiding and eventually extradited to the Netherlands in 2002.

His work on the kidnapping gave Mr de Vries enough name recognition to move into television. He presented his own crime programme and has often appeared on chat shows to discuss cases.

Cold cases – killings that have not been solved – are his speciality.

One notable case was the murder of a young boy, Nicky Verstappen, in 1998. Mr de Vries acted as the spokesman for the Verstappen family when a breakthrough was made in 2018, leading to the trial of Jos Brech.

In 2020, Brech was sentenced to 12 and a half years in prison after being found guilty of sexually abusing 11-year-old Verstappen and abducting him in acts that led to his death.

Mr de Vries’s work on cases like these earned him international recognition.

In 2008, he won an Emmy Award for his coverage of the disappearance of US teenager Natalee Holloway on the Caribbean island of Aruba in 2005.

‘A national hero to us all’

On top of his journalism, Mr de Vries has often been involved in criminal cases himself, be it as a witness in court or an adviser to others.

More recently, Mr de Vries has been advising a former gang member, Nabil B, who was testifying in the trial against Ridouan Taghi, described as the Netherlands’ most wanted criminal.

The Moroccan-Dutch suspect and his associates are currently on trial in the Netherlands for murder and drug trafficking.

The case has put the Netherlands on edge after Nabil B’s previous lawyer, Derk Wiersum, was assassinated in front of his Amsterdam home in September 2019.

That same year, Mr de Vries tweeted that he was informed by police and justice officials that he was on a hitlist.

Still, Mr de Vries gave the impression he was not intimidated.

Asked about his safety during the trial of Mr Taghi, Mr de Vries told Vrij Nederland: “You don’t have to be hysterical to think something might happen”.

Yet, in an interview with national broadcaster NOS, a friend asked Mr de Vries if he felt safe at home.

“I feel safe everywhere,” he told the friend.

It’s this nerveless attitude that has put him in the good graces of many, including Amsterdam’s Mayor Femke Halsema.

“Peter R de Vries is a national hero to all of us, a rare and brave journalist, tirelessly seeking justice, completely independent, and free-spirited,” she told a press conference on Tuesday.

“He stands up for those in need, for the parents of a murdered child, for those who have been wrongly convicted.”