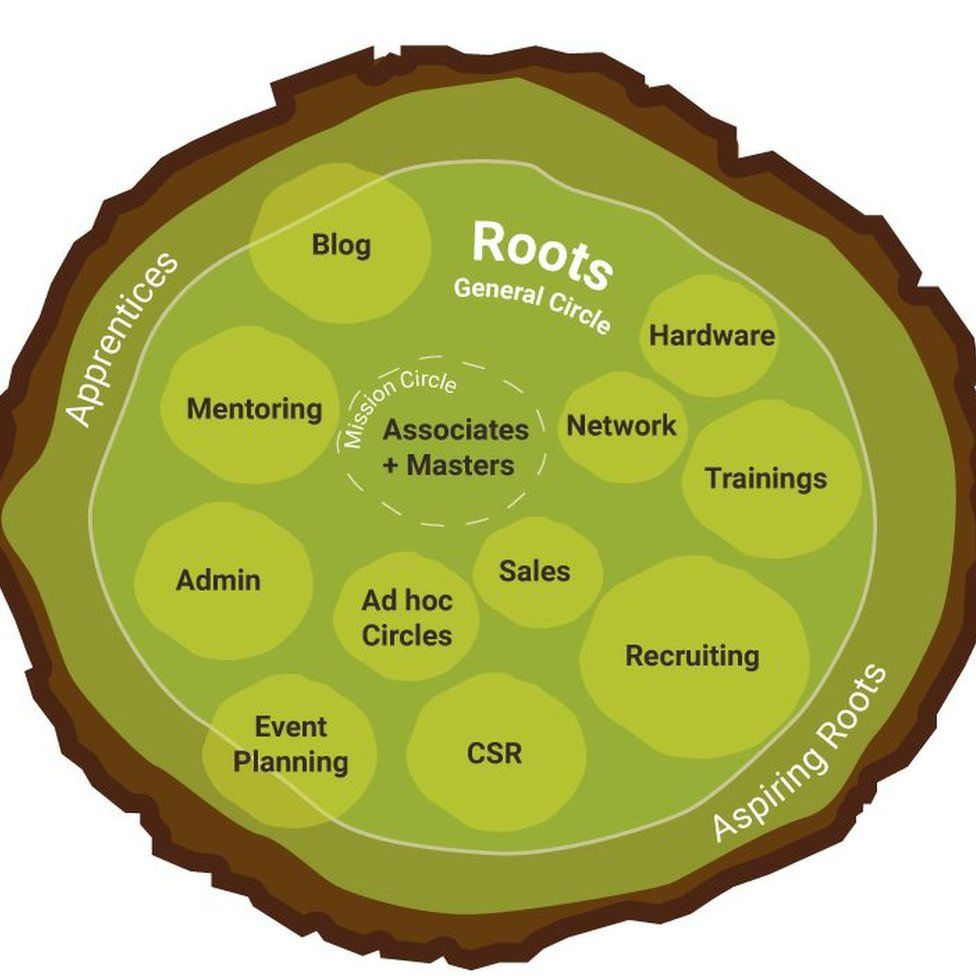 A software firm is taking a radical approach to how it treats employees. 10Pines tries to be transparent and democratic, even allowing staff to set each other’s salaries.

Ariel Umansky decided to turn down his proposed 7% pay rise in December 2020. He felt he could not justify it in front of his colleagues. In fact it was the second time in five years that he’d declined a raise at 10Pines.

“I felt kind of insecure and exposed about me being close to or even on top of people that I considered had a better performance than me,” explains Umansky. “It’s easy to feel like a fraud.”

Salaries are decided three times a year at the Argentinian company’s “rates meeting”, which includes everyone except new hires still on probation. Employees (or mentors on their behalf) can put themselves forward for a raise, which is then openly debated.

10Pines is a technology business founded in 2010 with 85 employees, based in Buenos Aires. It writes software for clients including Starbucks and Burger King, making things like online loyalty cards for customers, apps and e-commerce platforms.

Every year 50% of its profits are shared among staff.

“A key aspect [of open salaries] isn’t knowing how much everyone is earning,” says Umansky, “but knowing who earns more than who – it’s the hierarchy, right?”

10Pines aspires to have a flat hierarchy, and be transparent with employees, as much as possible. After a three-month trial period, new staff join the rest of the team in monthly, open meetings in which key company decisions are decided, such as potential new clients, expenses, company finances – and of course salaries.

There’s no overall CEO and no real managers within teams, though there are senior figures who are partners, known as “associates” and “masters”.

“Since there are no bosses to decide raises, we delegate power to the people,” says Jorge Silva, 10Pines co-founder and a “master”.

“We don’t want a salary gap like in the United States.”

New joiners can negotiate their own salary to a certain extent, says Silva, which can be an issue at the beginning. Their proposed salary is discussed with those of a similar experience at the company, to gain their consent.

In the final interview of the hiring process the candidate meets the entire team of 80-odd people, an introduction to the way the group dynamic works. There are no technical questions at this stage, it’s more about learning about people’s interests and a chance for them to see how 10Pines works.

“I’ve been on the other side of it and it’s uncomfortable, but informal,” says Silva. “But we have stopped hiring processes at this stage,” he adds. “Even if they are geniuses, we can feel if they will create tension by not fitting into the team.”

10Pines calls its approach “sociocracy”. It was inspired by the Brazilian businessman Ricardo Semler and his experience transforming his family’s manufacturing firm Semco. He turned it into a so-called “agile, collaborative company” with workers taking oversight of issues traditionally left to managers, finding it led to a low turnover of staff and revitalised the firm’s fortunes. He wrote about it in a book called Maverick!

“We took that as our bible,” says Silva.

There are increasingly “pockets of progressive, transparent companies” like this around the world, according to Ben Whitter, author of Human Experience at Work, and head of employee coaching and consultancy firm HEX Organization in the UK. The idea of transparent salaries can be a good way to level the playing field, between men and women for example, he thinks.

“In many companies salaries can be set in the shadows, and there is a fear that they are decided by ‘who you know’. This way makes it clear and accountable.”

However, he can see some drawbacks to the arrangements at 10Pines too. While this set-up may work when you have 80 employees, once that doubles, the benefits can tail off, he reckons.

And hiring decisions based on the individual meeting the whole workforce can disadvantage those of an introverted disposition, while also creating a “natural bias of groupthink, where people make decisions they wouldn’t normally make as an individual, raising issues about diversity and inclusion”.

However, 10Pines says it runs diversity programmes, like women-only apprenticeship schemes, and it believes its overall approach can survive at scale.

“We have evolved the process over 12 years,” explains Angeles Tella Arena, an experienced software developer at the firm. “For example, we started salary discussions when we had 30 employees and were afraid it wouldn’t work with 50, but we just kept adapting. You need to update processes so trust is maintained.”

It may be necessary to create a second office if the company continues to grow, which would replicate and run the same system autonomously, she says.

“The key thing is to understand there is a difference between equal and fair,” says co-founder Jorge Silva. “We are not all equals, but we try to be fair. We don’t want to be like the classic company that tries to control employees and treats them like children.”