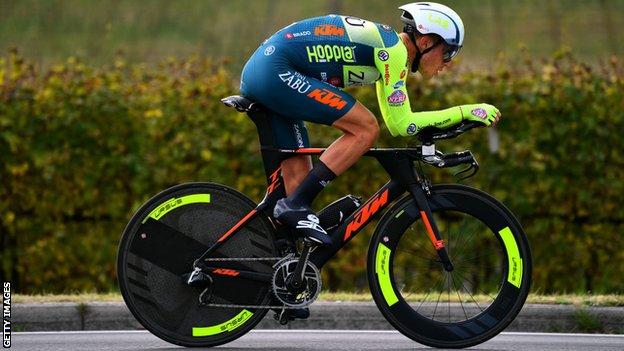 Italian Matteo Spreafico has been banned for three years by cycling’s world governing body after testing positive for a performance-enhancing substance at last year’s Giro d’Italia.

Spreafico, 28, who was riding for the Vini Zabu-KTM team, returned two adverse analytical findings for enobosarm on 15 and 16 October.

Enobosarm, also known as ostarine, is a prohibited substance on the World Anti-Doping Agency list.

He is suspended until October 2023.

Enobosarm is part of a class of drugs called selective androgen receptor modulators.

Spreafico was initially banned on 22 October last year after returning the adverse results.