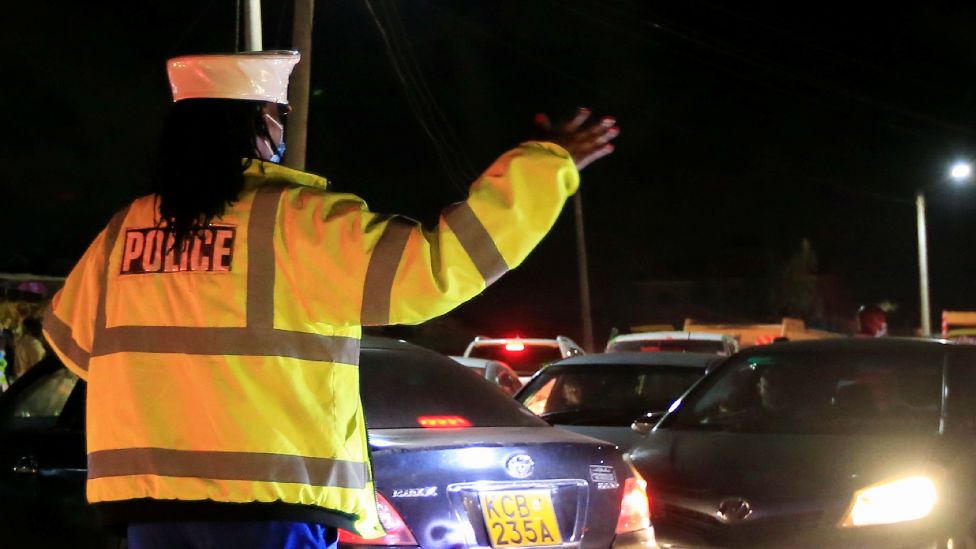 Kenya’s police watchdog has begun an investigation into reports that a baby died after officers on curfew duty refused to let a taxi go to hospital.

The four-month-old had developed breathing difficulties on Saturday and was rushed to a local hospital, the grandfather told the Nation newspaper.

Medics said the child needed to go to a referral hospital 25km (15 miles) away.

But officers at a roadblock allegedly refused to let them pass because of a Covid curfew.

Kenya has imposed a 22:00-04:00 curfew to curb a surge in coronavirus infections.

The police have not responded to the BBC’s request for comment.

Last month, thousands of motorists and passengers were stranded for hours in traffic in the capital, Nairobi, after police blocked major roads in the city.

The authorities have been widely criticised but they insist that strict enforcement of the curfew is necessary to deal with the rise in infection.

What happened to the baby?

The taxi with the sick child left Gucha hospital arriving at the roadblock in the western town of Keroka just after 22:00 on Saturday, according to The Nation, which spoke to the grandfather and the taxi driver he hired.

The family was heading for Kisii Teaching and Referral Hospital (KTRH).

“We were held for more than 40 minutes at the roadblock despite having a referral letter from Gucha hospital. Police insisted that we had defied the guidelines issued by the president,” the grandfather is quoted as saying.

The taxi driver looked for an alternative route to get the 16-year-old mother, her baby and her father to KTRH when negotiations failed.

“I tried to talk to them but my pleas felt on deaf ears,” Aron Okindo told the paper.

An officer told the Nation that the vehicle was only at the roadblock for 15 minutes because of a build-up of traffic.

Nonetheless, the grandfather says by the time they reached KTRH by another route it was an hour later.

“Doctors told us that the child had already died,” the grandfather said.

The Independent Policing Oversight Authority, the agency in charge of investigating police misconduct in Kenya, told the BBC it had been made aware of the incident and was investigating.

More on coronavirus in Kenya: