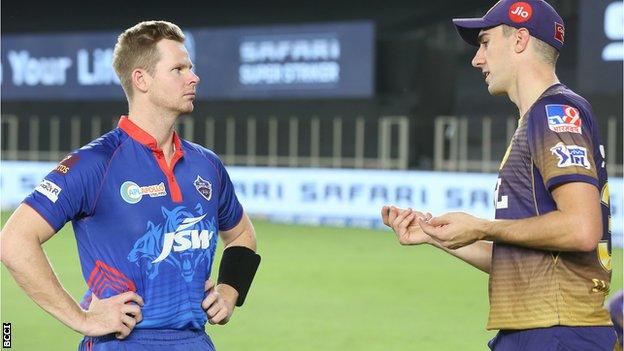 Australians at the Indian Premier League (IPL) will have to spend time in Sri Lanka or the Maldives before returning home after the tournament was suspended.

Australia has closed its borders to travellers from India until 15 May after a surge in Covid-19 cases.

The Indian cricket board has committed to flying all 38 Australians home on a charter flight when they are able.

Hussey will remain in a 10-day quarantine in India when the group departs within the next two or three days.

The Australians involved at the IPL – which includes players, coaches and commentators – will have to quarantine for 14 days when they return home.

The Board of Control for Cricket in India unanimously decided to postpone the tournament after a meeting on Tuesday.

Former Test batsman Hussey is the only Australian to have tested positive for the virus so far.

“He has good support systems around him and he is in pretty good spirits.”

The Australian government has said it will fine or jail any individual returning home from India while the travel ban is in place.

Nick Hockley, Cricket Australia’s interim chief executive, reiterated that they were not seeking “any kind of special exemptions” from the government, with Australia restricting the number of international arrivals allowed in each week.

“Any kind of quarantine arrangements would be over and above the cap,” Hockley said.

“Our main priority is we would work with the Australian government and the relevant state governments to make sure that we’re not taking spaces of anyone else that’s available.”

Pace bowler Pat Cummins said the travel ban had added “a bit of anxiety” for the players.

“We knew we’d signed up for 14 days quarantine, but when the hard border shut no-one has ever experienced that before,” Cummins told Fox Sports.

“[It has] added a bit of anxiety for the Aussies over here but we signed up to play the tournament until the start of June so hopefully it all reopens on 15 May.”