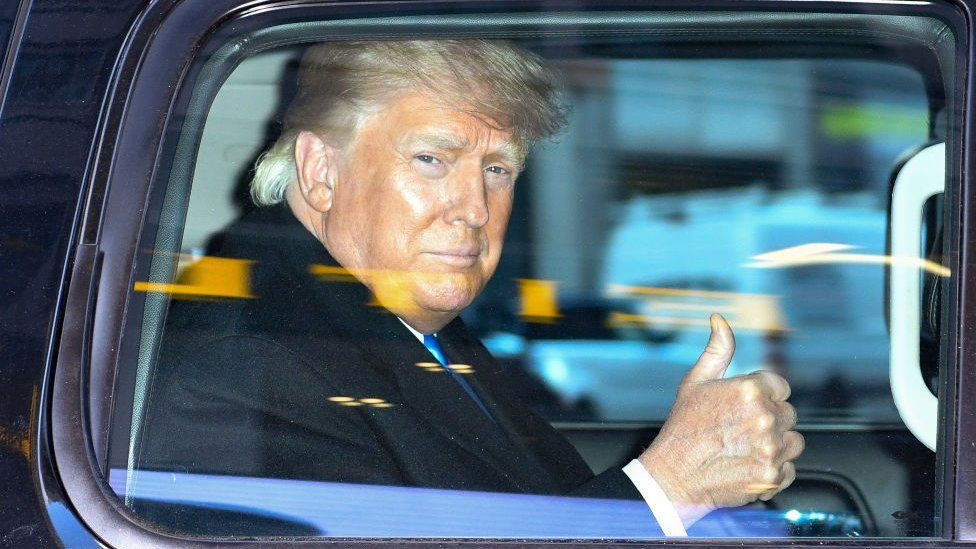 Facebook’s Oversight Board is set to rule on whether former US President Donald Trump can return to Facebook and Instagram.

The board is expected to announce its findings on Wednesday morning, according to US media.

Mr Trump, who is also banned from Twitter, launched a new website on Tuesday to update supporters.

Facebook’s Oversight Board was due to announce its decision last month but delayed the ruling in order to review over 9,000 public responses to cases, it said.

Wednesday’s ruling on Mr Trump is set to be the biggest decision the board has taken since it was formed last year. The ruling cannot be appealed and cannot be overruled by any Facebook employee.

What is the Oversight Board?

The Oversight Board, often referred to as “Facebook’s Supreme Court” was set up to rule on difficult or controversial moderation decisions made by Facebook.

It was established by Facebook boss Mark Zuckerberg but operates as an independent entity, although its wages and other costs are covered by Facebook. It is made up of journalists, human rights activists, lawyers and academics.

The committee has already ruled on nine cases including a comment that seemed derogatory to Muslims. The post from a user in Myanmar, removed for breaking hate-speech rules, was found by the board not to be Islamophobic when taken in context.

Aside from Wednesday’s ruling, the board will also give recommendations to Facebook.

Facebook will have seven days to implement decisions and 30 days to publicly respond to recommendations.

Following the Capitol Hill riots on 6 January, Facebook announced it was banning Mr Trump for breaking its “glorification of violence” rules.

Hundreds of his supporters entered the complex as the US Congress attempted to certify Joe Biden’s victory in last year’s presidential election.

Mr Trump was acquitted of a charge of inciting insurrection at the US Capitol in his second impeachment trial in February, after being accused of encouraging the violence in which five people lost their lives.

The social network had originally imposed a 24-hour ban after the attack which was then extended “indefinitely”.

Mr Zuckerberg announced that the risks of allowing Mr Trump to post were “simply too great”.