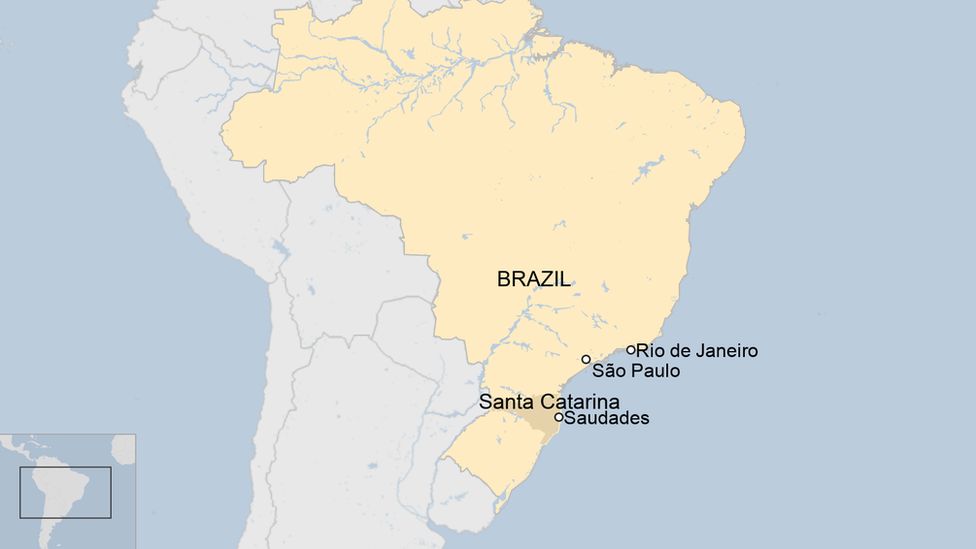 Police in the Brazil say a teenager has killed at least two children and injured a teacher at a nursery.

The children were reportedly less than two years old.

Military police said the teenager, armed with a machete, stormed into the nursery in the town of Saudades, in Santa Catarina state.

When neighbours rushed to the scene after hearing cries, the teenager reportedly turned the machete on himself.

He has been arrested and is being treated in hospital for his injuries.

According to local media he is 18 years old.

Several dozen children were at the childcare setting at the time of the attack and they and staff have been moved to safety from the rooms where they were hiding, officials said.

Military police said they received several calls at 10:35 local time (13:35 GMT) from neighbours reporting that a man armed with a machete had entered the nursery and was attacking staff and children.

The nursery is located in the centre of Saudades, a town of about 9,000 inhabitants, and according to Globo news cares for children aged between 0 and 3.

Police said that he first attacked a teacher who was at the entrance to the nursery. He reportedly followed her into one of the rooms, where he also turned on the children.

While there have been deadly attacks in schools before in Brazil, they have mainly targeted older pupils.