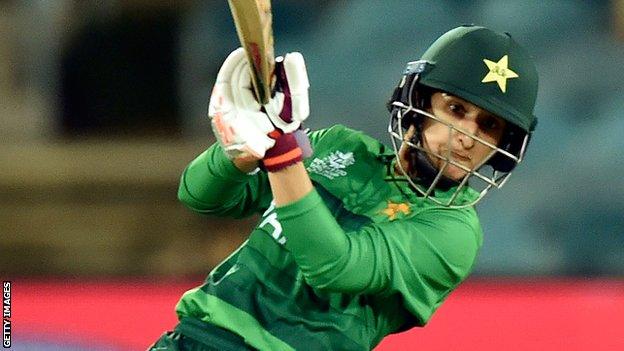 Pakistan has become the latest cricketing nation to formalise a support policy for parents.

Players from the country’s women’s team can transfer to a non-playing role until the start of their maternity leave.

They can also take up to 12 months of paid maternity leave and will be guaranteed a contract extension for the following year.

Male players will be entitled to up to 30 days of paid leave.

The Pakistan Cricket Board (PCB) will also help support childcare for a women player if they are required to travel for cricketing activities.

The first player to take advantage of the policy could be captain Bismah Maroof who announced earlier this year that she was taking an indefinite break from the game “as motherhood beckons”.

“The PCB has a duty of care towards its cricketers and at every turn it has taken measures to support them,” said chief executive Wasim Khan.

“It is appropriate that we have a player-friendly parental support policy so that our professional cricketers can feel fully supported during an important stage in their lives, without worrying about their careers.

“I am hopeful that it will attract more women and girls to take up the sport as this will help them strike the crucial work-life balance.”

New Zealand and Australia have already put formal policies in place to support their cricketers.

In 2019, Amy Satterthwaite was the first player to benefit from New Zealand Cricket’s pregnancy leave policy and retained her contract for the following season on full pay.

Cricket Australia also introduced a parental policy in 2019 after three years of consultation with the players’ union, the Australian Cricketers’ Association.

However, earlier this year, there was criticism levelled at India captain Virat Kohli after he took parental leave midway through the series against Australia to be with his wife, Bollywood actress Anushka Sharma, for the birth of their first child.