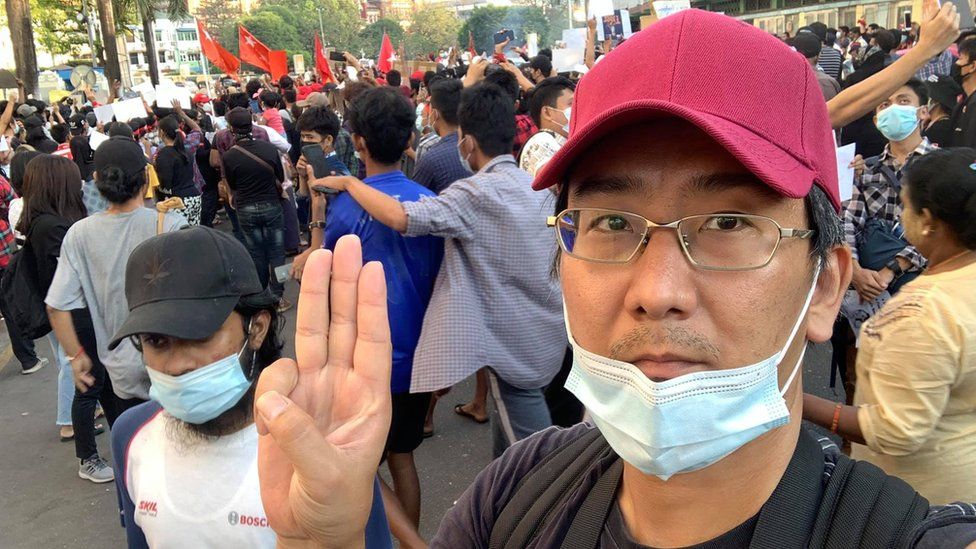 A Japanese journalist arrested in Myanmar has been charged with spreading fake news, the country’s Japanese embassy has said.

Yuki Kitazumi is the first foreign journalist known to be charged since the coup. He now faces three years in prison according to Japanese media.

He was arrested in April and has been in prison since.

More than 700 people have been killed and thousands detained since Myanmar’s military staged a coup in February.

Mr Kitazumi who was working as a freelance journalist had been reporting for many of Japan’s major news outlets, appearing as a rare foreign reporter from within the country.

The 45-year old was arrested on April 18 when police raided his home in the country’s main city Yangon. He had already been briefly detained on 26 February.

The Japanese embassy in the country said he showed no health problems but added they were urging the military to release him.

Aside from covering the coup and the subsequent protests and killings for Japanese newspapers and broadcasters, Mr Kitazumi was also posting about the situation on his social media accounts.

On 12 April, he was for instance describing a student protest, and praising their courage.

“Many of them are young people. What did these kids do wrong?” he asked on Facebook.

“Citizens are putting their lives at risk to prevent this kind of injustice from continuing in the society.”

Mass protests have been taking place across Myanmar since the military deposed the elected government and declared a year-long state of emergency.

The armed forces have justified their takeover by alleging there had been widespread fraud during a general election late last year which had returned elected leader Aung San Suu Kyi and her National League for Democracy party (NLD) to power.