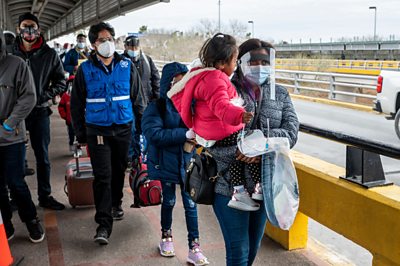 A metro overpass has partially collapsed in Mexico City. Officials say at least 23 people are dead, and dozens injured.

Emergency medical crews attended the scene near the Olivos station on the metro’s 12 Line.

BBC’s Mexico correspondent Will Grant said there were shocking scenes with “the carriages, the bridge crumpled into each other on to the highway below”.