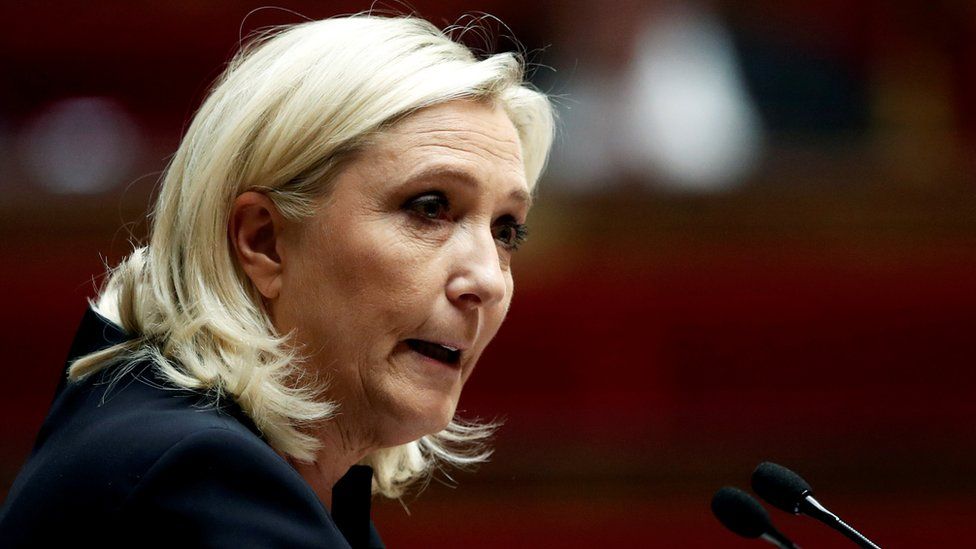 The court in Nanterre in Paris found that while the pictures were violent they fell under political protest and the right to freedom of speech.

She is seen as President Emmanuel Macron’s main rival for the presidency.

She was runner up as National Front leader in 2017 and is well placed in the opinion polls to reach the presidential run-off again next year as head of the rebranded National Rally.

The trial, which began in February, dates back to social media posts of gruesome pictures of Islamic State (IS) murders by both Ms Le Pen and party colleague Gilbert Collard in December 2015.

One showed the body of US journalist James Foley, abducted and murdered in Syria while reporting on the Syrian civil war for Agence France-Press (AFP) and US media company GlobalPost. Another showed a murdered Jordanian pilot and a third a Syrian soldier run over by a tank.

Her decision to post the images, which triggered an outcry in France, came amid a row with journalist Jean-Jacques Bourdin and in the wake of the jihadist murders of 130 people in Paris.

When Bourdin drew a comparison between IS, known in Arabic as Daesh, and Ms Le Pen’s National Front party, she posted the pictures online with the message: “This is what Daesh is.”

Mr Collard tweeted a grotesque picture with a similar message.

They were charged with spreading messages of a violent nature that could seriously harm human dignity and prosecutors had called for a fine of €5,000 (£4,350; $6,000).

The prosecution eventually went ahead once their parliamentary immunity was lifted. Ms Le Pen was ordered to have psychiatric tests as part of the inquiry.

The National Rally leader had defended her “freedom to inform” with the images, “shocking as they are”.

The court found that the images had been posted by elected officials who had not tried to trivialise violence or “present violence in a favourable light”.

Ms Le Pen’s lawyer Rodolphe Bosselut spoke of a big victory because “freedom of expression has been recognised as complete for a top-ranking politician”.